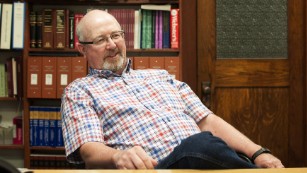 District Judge John McKeon sentenced an unnamed man to 60 days in prison plus a suspended 30-year prison sentence (which he will avoid if he completes a sex-offender treatment program and other parole conditions) after the man pleaded guilty to repeatedly raping his own daughter, who was 12 years old at the time.

The man has not been named in order to protect the identity of his daughter.

Judge McKeon defended the sentence, citing a sex offender treatment specialist's opinion that the rapist was unlikely to re-offend. The survivor's mother and maternal grandmother also defended the rapist, saying that a long prison sentence would have a negative impact on the rapist's sons.

A Change.org petition calling for the judge's impeachment has attracted more than 42,000 signatures at the time of writing.

McKeon did not return a call seeking comment but he defended his decision in a statement issued last week, citing the plea agreement, state law as well as the testimony of a clinical social worker and relatives of the victim.

In the statement, as well as in his judgment, McKeon wrote that longtime sex offender treatment specialist Michael Sullivan recommended community based treatment on grounds the man was at low risk to repeat his crime, according to CNN affiliate KTVQ.

Based on Sullivan's testimony, treatment within the community in this case afforded "a better opportunity for rehabilitation" and "for the ultimate protection of the victim," the judge wrote. A state exception to mandatory sentencing policies is meant "to encourage and provide opportunities for an offender's self-improvement, rehabilitation and reintegration back into a community."