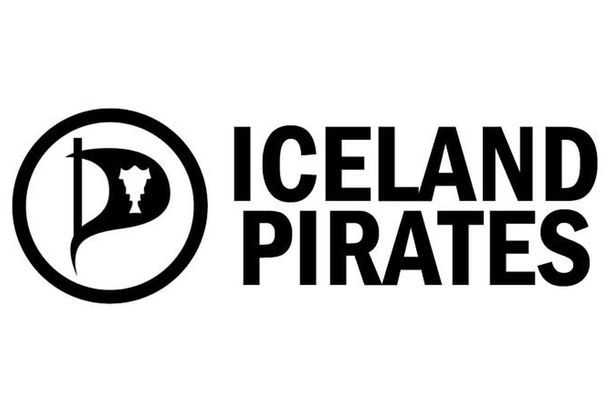 Last April, the Icelandic government nearly toppled when Parliament was dissolved, after the Panama Papers revealed that Prime Minister Sigmundur Davíð Gunnlaugsson was laundering money with Mossack Fonseca -- only fear of the popular groundswell for the Pirate Party drove the establishment to keep the government limping along -- until now.

With the election only days away, the Pirates are polling above 22% and have vowed to form a coalition that will not include either of the establishment parties -- rather, they will govern with the smaller progressive parties, such as the Left-Greens and the Social Democratic Alliance.


The party has pledged to provide a passport to Edward Snowden (though it's not clear how he'd get from Russia to Iceland without being kidnapped by a vengeful America -- just as Bolivian President Evo Morales.

The Pirate Party is led by 48-year-old Birgitta Jonsdottir, who describes herself as a “poetician.” Before co-founding the party, she did legal work for WikiLeaks.

If the Pirates indeed sail to victory, it’s not a given that Jonsdottir would take the job as the country’s next prime minister—she said earlier this year that she’d do it only if “nobody else can do it or wants to do it.” What’s more, the Pirates have said they will not form a coalition government with either of the two parties that currently form the government, but would seek an alliance with a number of smaller parties, like the Left-Greens and the Social Democratic Alliance (a more complicated proposition).