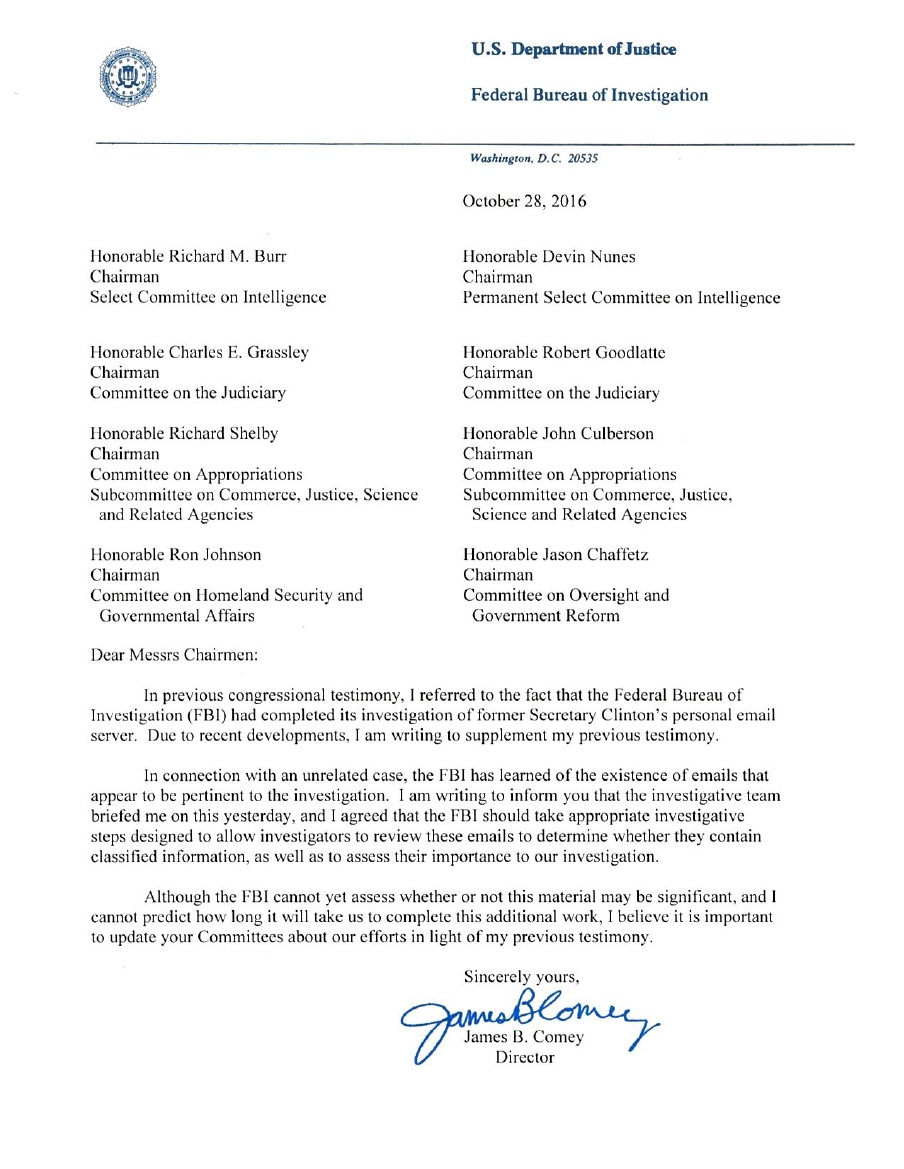 If we don't hear more from Comey, we just have to conclude that he was trying to swing election. And *that* should be the story.

The earlier investigation led to Comey announcing that Clinton's use of personal email was inappropriate but not worthy of charges.

UPDATE: Get this: it's apparently got something to do with Anthony Weiner's teen sext stuff.

Federal law enforcement officials said Friday that the new emails uncovered in the closed investigation into Hillary Clinton’s use of a private email server were discovered after the F.B.I. seized electronic devices belonging to Huma Abedin, a top aide to Mrs. Clinton, and her husband, Anthony Weiner.

The F.B.I. is investigating illicit text messages that Mr. Weiner sent to a 15-year-old girl in North Carolina.

The implication is that Huma Abedin's device has email to or from Hillary on it, and therefore vanishingly unlikely to make a difference to anything.

Details of FBI: They found 3 emails that "might" be relevant to the case. None of them were withheld by Clinton.

Here's Newsweek on why Comey might have been forced to turn this into an October surprise.