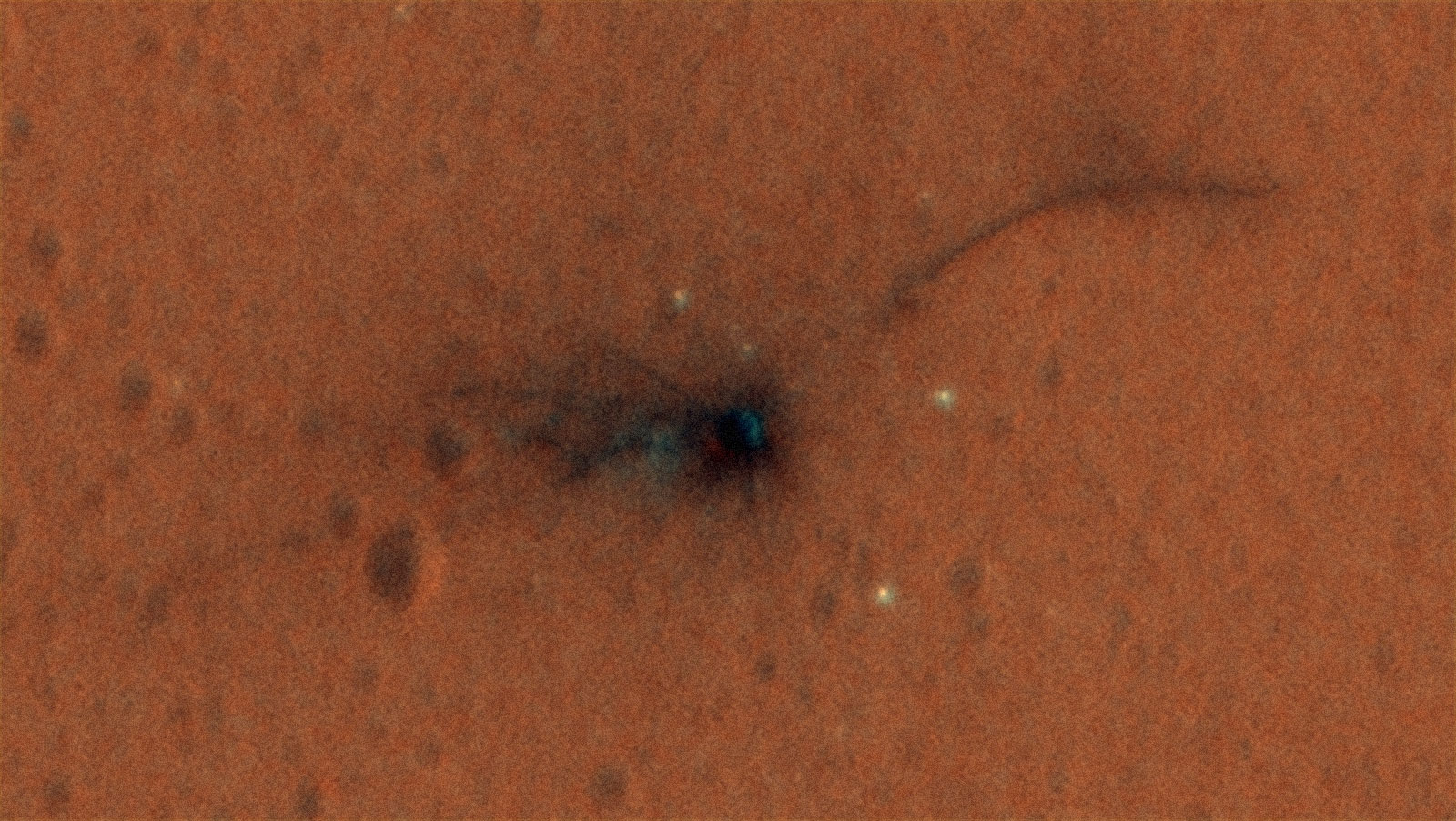 NASA released a color image of the Schiaparelli Mars landing site that illustrates the descent speed issue quite nicely.

"Composite of the ExoMars Schiaparelli module elements seen by NASA’s Mars Reconnaissance Orbiter High Resolution Imaging Science Experiment (HiRISE) on 1 November 2016. Both the main impact site (top) and the region with the parachute and rear heatshield (bottom left) are now captured in the central portion of the HiRISE imaging swath that is imaged through three different filters, enabling a colour image to be constructed. The front heatshield (bottom right) lies outside the central colour imaging swath."