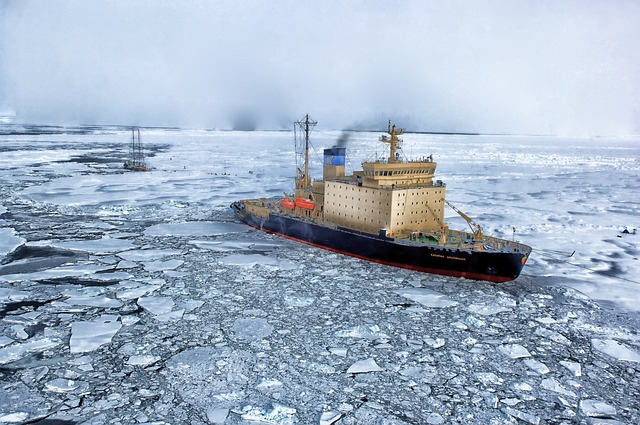 Ships in the Arctic Ocean report that an odd pinging sound emanating from the bottom of the sea can be heard through their hulls. The Canadian military, fortified with Scooby snacks, is on the case.

Several reports were passed to the military, which sent a CP-140 Aurora patrol aircraft to investigate on Tuesday under the mandate of Operation Limpid, a domestic surveillance programme designed to “detect, deter, prevent, pre-empt and defeat threats aimed at Canada or Canadian interests”.

In a statement, Department of National Defence spokeswoman Ashley Lemire said: “The Canadian armed forces are aware of allegations of unusual sounds emanating from the seabed in the Fury and Hecla Strait in Nunavut. The air crew performed various multi-sensor searches in the area, including an acoustic search for 1.5 hours, without detecting any acoustic anomalies. The crew did not detect any surface or subsurface contacts.

Robert Ballard is the oceanic detective who turned up the Titanic in 1985, the lost Nazi ship Bismarck, and many other shipwrecks. Now he’s off to to find Amelia Earhart’s plane that hasn’t been seen since she and her navigator disappeared over the Pacific ocean on July 2, 1937 during their flight around the world. […]

In 1971, “DB Cooper” hijacked a plane from Portland, Oregon and eventually parachuted into the Pacific Northwest wilderness with $200,000 strapped to his body. He was never seen again. The D.B. Cooper tale continues to thrive in popular culture while sparking a seemingly endless stream of theories about the mystery man’s identity. In fact, a […]