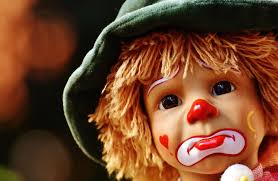 Yesterday, Donald Trump's news cycle was dominated by two stories: first, that the president-elect of the United States of America had a well-developed sense of the sanctity of the theatre, such that any on-stage politicking shocked his conscience to the core; second, that he had settled a lawsuit over Trump University, handing $25,000,000 to people whom he had defrauded.

The Hamilton story certainly played well: it was above the fold on the New York Times print edition (the fraud story was below the fold), and if we attribute to Trump a measured media savvy, then we could call his twitterstorm a master-stroke of distraction at a moment when the press and the world could have been extremely interested in the news that the new president had paid $25,000,000 in hush-money after a well-publicized fraud perpetrated against desperate American workers who were hoping to get retrained to survive in the new economy -- the very same people who are widely credited with handing Trump the election.

There are other factors, of course: the Trump University settlement was the unspectacular end to a long, boring, rather technical story. The Hamilton story pitted the most successful musical in living memory against a self-described Christian warrior, and had a simple narrative that the Trumpian Twitter Army was able to boil down to two words. (Hilariously the Trumpkins believe that they are the "decorum" movement of the American body politic, which is why, of course, they voted for President Pussygrabber)

However, another thing we know about Trump is that he has the fragile ego of a hereditary American brahmin and the lack of self-control we associate with spoiled privilege. During the debates, Clinton found it trivially easy to bait Trump into saying awful things in awful ways. His three a.m. twitterstorms about ex-beauty queens are the stuff of legend. If Trump isn't the embodiment of fragile white male mediocrity, a whiny nurser of petty grudges, then he's a master actor who should be trying out for the DC cast of Hamilton.

Assuming he is the fragile Special Snowflake he appears to be, he's in for a rough ride. He is the least popular American president in living memory, having lost the popular vote by an unprecedented 3-4 million votes. His political legitimacy turns on an obscure, centuries old, little-invoked technicality of the American political system that virtually no one understands. He is going to govern in the teeth of the kinds of disapprobation that is one step away from rotten-fruit throwing, the kind of mockery and continuous, all-sides bollocking that will make the GW Bush era look civil by comparison.

And if that's not something to look forward to, imagine what will happen when Trump makes his first state visits to places where the press much less deferential than the American media -- remember how America's right-wing culture warriors lost their shit when GW Bush talked to a skeptical journalist at the BBC? If there's one thing we know about the "Fuck Your Feelings/Suck It Up, Buttercup" crowd, it's that whiny little babies are mere millimeters under their skin.

There is an argument, though, that Trump’s inability to brook dissent, in a nation where more than 53 percent voted against him, could turn out to be a central issue during his strange presidency. His election with a minority of the nation’s votes, thanks to the “genius” of the electoral college system, matched with his obsessive need for approval through ratings and poll numbers, could make reminders of his unpopularity particularly powerful and important.

As more votes are being counted in states where he was trounced, like California, Trump’s share of the popular vote now stands at 46.7 percent and looks certain to fall further.

That means that, for all the talk of his election giving him a mandate to undo the accomplishments of President Obama, he takes office with the support of a minority of voters — having secured a lower share of the vote than even Mitt Romney did four years ago — and over the objections of an unprecedented majority of the country that views him negatively.

Holed up in his tower, Trump might be able to spend much of his time shutting out the reality of his unpopularity, but as a Twitter and cable-news addict, constantly monitoring the networks for material to shore up his ego, messages of dissent, particularly those as powerfully stated as the one from “Hamilton,” will no doubt continue to reach and unsettle him.