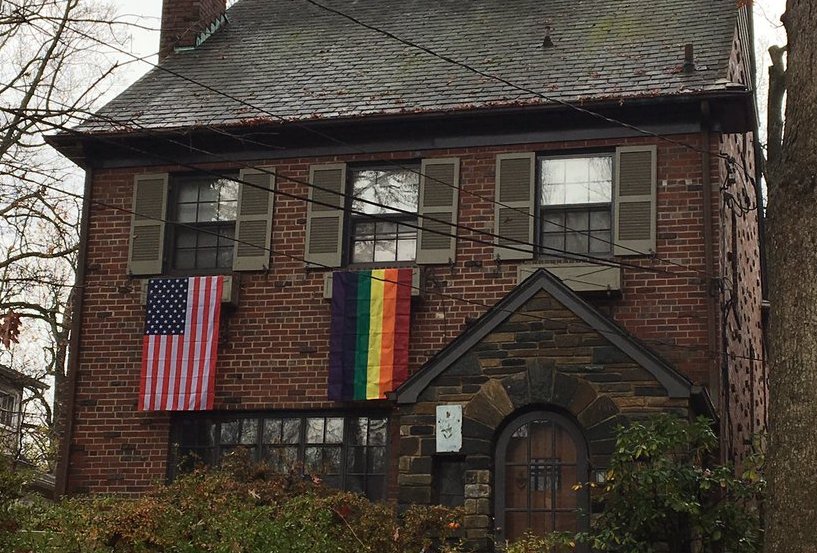 VP-elect Mike Pence's political career has consisted of a series of attacks on the rights of LGBTQ people and women, and his new neighbors in the navy blue precincts of DC know it, and they want him to know that his medieval views are considered aberrant by good people, so they've festooned their homes with rainbow flags that he'll have to pass during the transition -- until he gets to move into the new VP's residence in the basement of Trump Tower.

“This is one way that I can show my disagreement,” Ilse Heintzen told WJLA, which first reported on the neighborhood trend, of her new decor.

Residents on NW Washington Street where VP Elect Pence is renting a house are sending him a symbolic message. More residents may hang flags pic.twitter.com/fldYsMoP6i