This gadget turns your air guitar into actual music 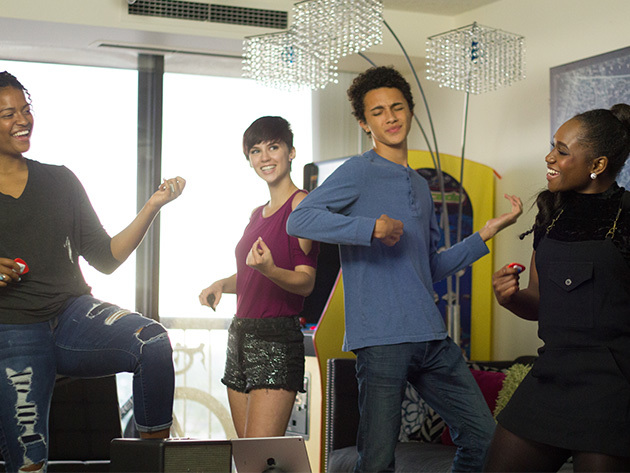 The AirJamz Bluetooth Air Pick & Music Toy creates music out of thin air—literally. It looks like a big, electronic guitar pick, but the accompanying iOS/Android app packs over 100 instruments and sounds.

All you have to do is connect to your device via Bluetooth, pick a song, and get playing that air guitar (or piano, or flute…). The app will register the physical guitar strums or finger movements, and play the sounds just like as if you were playing the instrument. I prefer to download songs via the app to add background music to my amateur instrument playing, but you can play solo, too.

I hear toy and think of kids, but this gadget is just as much made for adults. The best part is that the AirJamz Bluetooth Air Pick & Music Toy is on sale for 20% off the retail price, just $39.99.

Also check out the Boing Boing Store's 2016 Holiday Gift Guide to treat yourself or someone close to you.