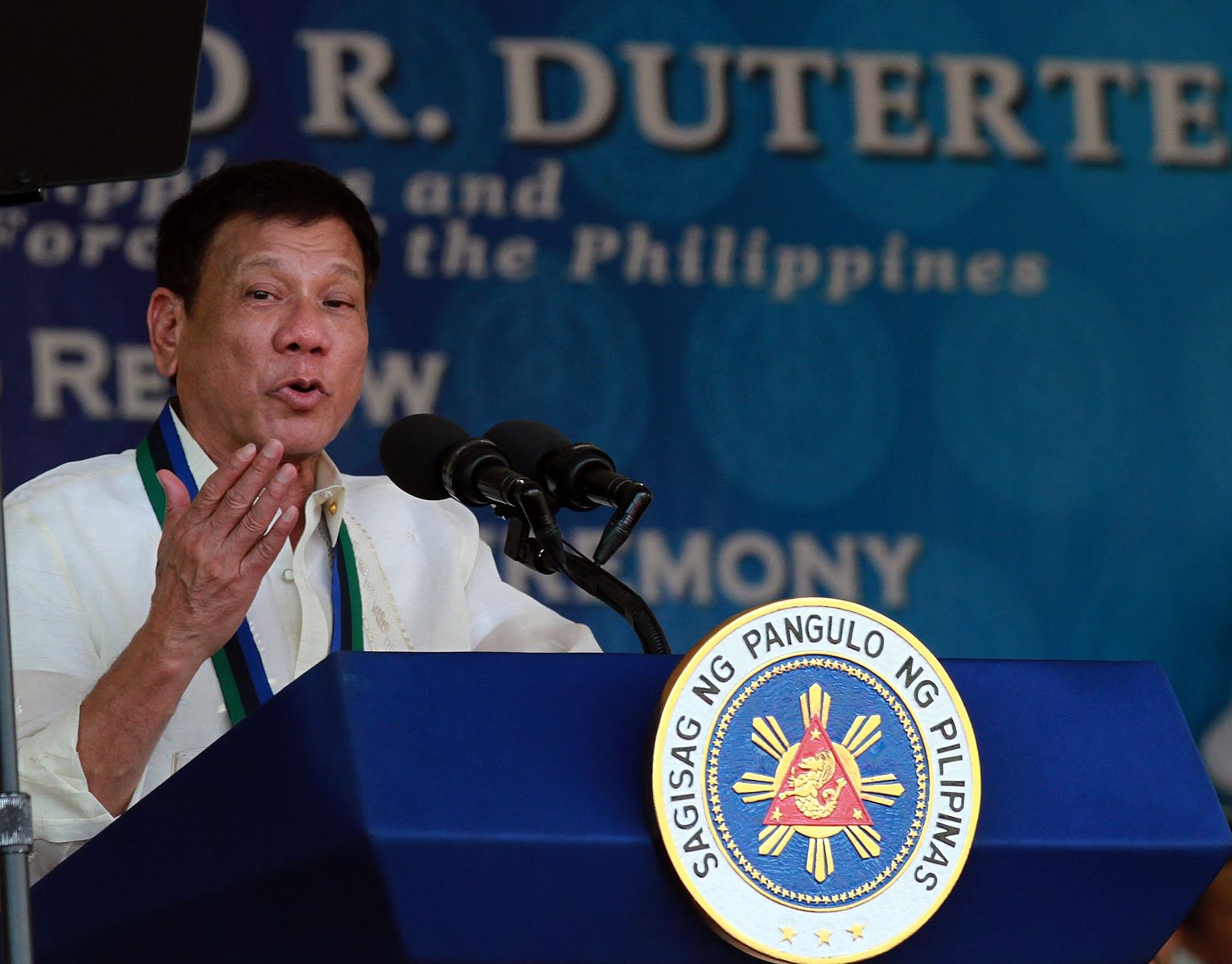 Before Rodrigo Duterte was elected president of the Philippines, he was the mayor of the southern city of Davao, where he boasted of authorizing death-squads that murdered suspected drug-users and drug-dealers with impunity.

When he took the presidency, he walked back his personal involvement with the killings -- which have gone national since his election -- saying that he had not personally committed murder, despite eyewitness testimony. Now he has admitted to personally murdering "suspects" during his tenure as mayor.


Duterte is a trumpian figure, who says transgressive, racist and sexist things that would disqualify a "normal" politician. Death squad members who served under Duterte during his mayoralty say they witnessed him machinegunning a justice department agent with an Uzi. Since Duterte took office, some 6,000 people are believed to have been murdered by his police force.

Duterte has frequently spoken out against "human rights" as a contemptible frippery for the weak. Given the popularity of his extrajudicial murders of drug suspects, he is now openly mooting executing lawyers who represent people accused of drug crimes.

Nearly 6,000 people are said to have been killed by police, vigilantes and mercenaries since Mr Duterte launched his drug war after being elected in May. He has expressed few regrets about the policy, once saying: "Hitler massacred three million Jews... There's three million drug addicts. I'd be happy to slaughter them."

Mr Duterte has repeatedly said he does not care about human rights and has suggested that lawyers defending drug suspects might also be targeted in his campaign, says the BBC's Jonathan Head.


Some human rights lawyers believe the outspoken president's open support for a shoot-to-kill policy by the police could make him vulnerable to prosecution for crimes against humanity at the international court.