San Francisco's groundbreaking, wonderful DNA Lounge may have to close 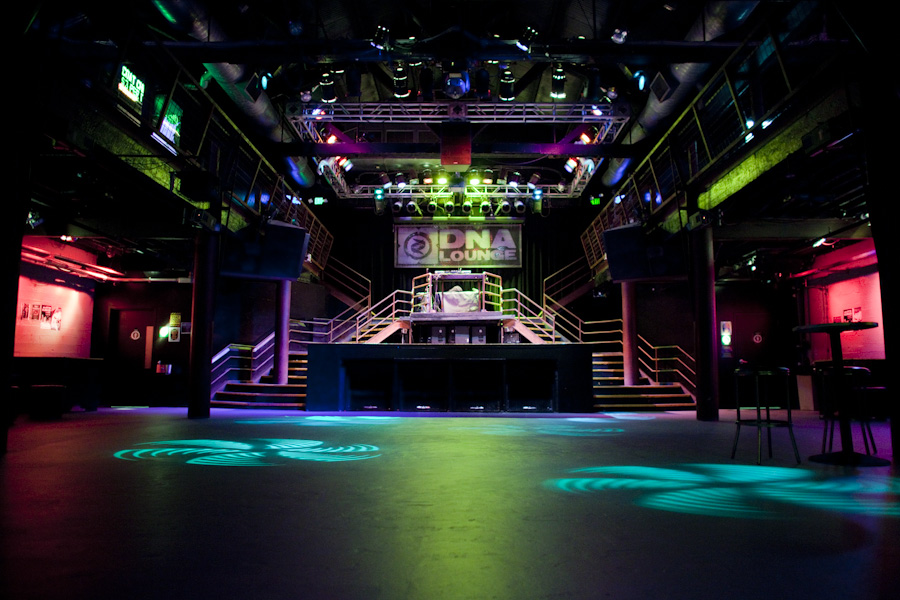 Jamie "JWZ" Zawinski was an early Netscape employee; observing that the dotcom bubble that enriched him had gutted the San Francisco arts scene with rising rents, he sank his money into opening the DNA Lounge, which has been a San Francisco institution for nearly 20 years, and has been the location of some of the best times I've ever had in the Bay Area (including numerous EFF fundraisers).

Now, JWZ has announced that he's run out of money, having spent $5M to cover the DNA's operating losses and having launched an unsuccessful second location with a long-term, unbreakable lease.

He's appealing to the community -- the thousands (hundreds of thousands?) of us who've enjoyed so many good times there -- to help save the DNA. He's not sure if he's going to crowdfund, he's not had luck hiring someone to book corporate gigs and film shoots, he's willing to talk to investors or philanthropists.

But absent that, the DNA is not long for this world, and that is a brutal shame. JWZ has run it as a public service, converting it at great expense to an all-ages venue simply because he wanted it to be a place where teenagers could enjoy themselves too, hosting shows and benefits and all manner of cultural exhibitions that were purely about giving San Franciscans a place to convene, with money as a distant (and, as it turned out, difficult) afterthought.

This month, dozens of Bay Area residents died because of a fire in an Oakland venue, the Ghost Ship, which hosted events very similar to the DNA's, but without the careful, responsible proprietorship that JWZ and his staff bring to their venue. Ghost Ship is what happens when there isn't anywhere affordable and attainable for culture to take place. Cultural meeting-spots are essential to communities: it's why barn raisings and Legion Halls and the school gym loom so large in so much American folklore.

Almost two years ago, San Francisco's science fiction community came forward to save Borderlands, the city's outstanding sf bookstore -- a store that, not coincidentally, is also a community hub and event space. There is a lot of money sloshing around in the Bay Area, and a lot of LGBTQ people and others who are in the direct line of fire in trumpist America. San Franciscans may rally around the club and save it -- but if they don't, the city will be much poorer and less resilient at a moment when it needs all the resilience it can get.

I really don't want to have to close DNA Lounge. We have done some great things here. Not me, we. The umbrella of DNA is host to countless vibrant communities and thousands of regulars. We've had fifteen years of the most diverse, weird, interesting calendar of any venue I've ever seen. A typical month here doesn't include just bands and DJs, but comedy, lecture series, circuses, robotic exhibitions, dance performances, hair shows... We provide a home for a whole lot of truly amazing art. I'm so proud of everyone. I'm immensely grateful to our staff for making it happen. They all clearly have a lot of love for this place too, because there's no other reason someone would put up with the low pay and appalling working conditions!

I started writing a bit calling out some of our incredibly devoted staff by name, but it's impossible to do so without the crippling horror that I'd insult someone by leaving them out, and if I didn't, this would we so long it would start looking like a memorial wall. So I'll just say that this place could not exist without the blood, sweat and tears of hundreds of people who have devoted their lives to it (and that's not just because the dark machines in the basement are literally powered by tears).

Some nights, even on nights where I'm not personally a fan of the music, I will look out over the balcony and see a room full of people moving as one, and I think, "This is what we do. This is why we did it." I try to take a mental snapshot of those moments.

I've heard from so many people over the years, customers and employees alike, that DNA Lounge has been a huge part of their lives: that they have a sense of community here, and that they feel safe here in a way that they don't anywhere else.

It's always funny, talking to different people firmly embedded in their own particular subcultures, who all see this place completely differently. To some people, DNA is "the goth club", because that's all they listen to and this is the only place they see those bands play. To others, DNA does nothing but the most brutal metal shows. To some, it is candy raves. We used to be that place that only did Deep House dance parties. I have heard actual people say with their actual mouth-holes, "I'm at Bootie, where DNA Lounge used to be".

They're all right, it's all of those things.

And in this city, historically notorious for its hostility to small businesses in general and to nightlife in particular, I think places like this need to exist. Places like this matter. The value of a thing is not its monetary cost.

Wherein DNA Lounge will be closed soon, without your help.
[Jamie Zawinski/JWZ]