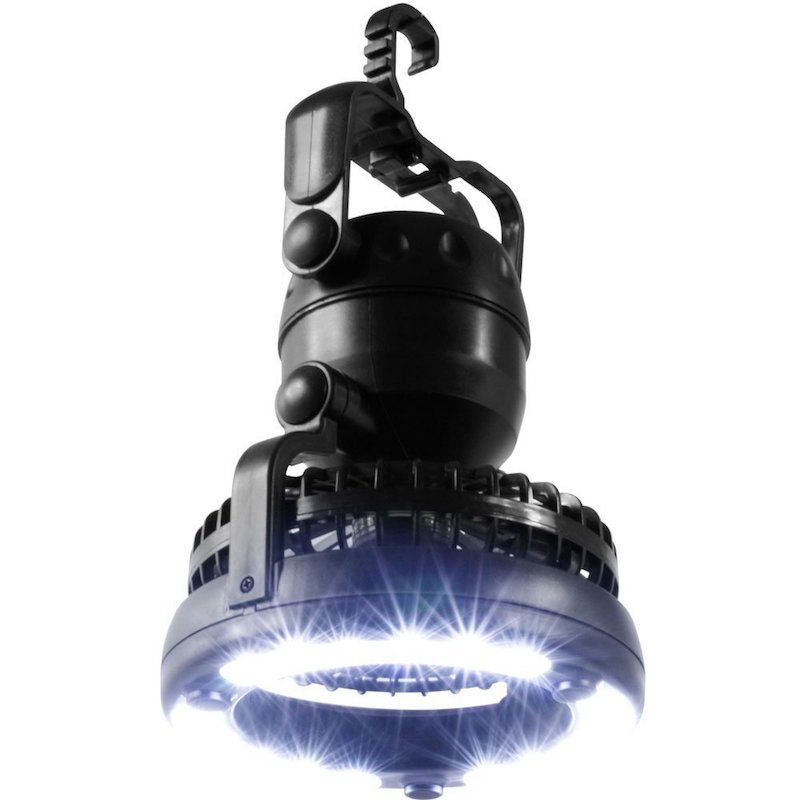 My daughter and I are planning a road trip to Yellowstone this summer in our VW Westy. When I asked her what would make it more fun, she said a fan.

I saw the $84 Happy Camper fan and passed as it was far too expensive (even for 2.) Just a few products down the list I found what appeared extremely similar for a mere $13 shipped. I decided to take the risk on this "Image Portable" version.

It arrived in a Happy Camper box, with Image as the manufacturer.

The fan is great. Takes 2 D cell batteries and should run for a long time. The LED lamp is bright enough to be used to light up the whole cabin when hung from the Westy's tent frame. With the pop-top down you might be banging your face into the fan, but the hanger/stand is really adjustable. You can turn it into a table top fan in seconds.

I showed it to my daughter, she sighed and she told me she meant a hand fan, the kind we get in Chinatown.