China is on a massive bitcoin buying spree 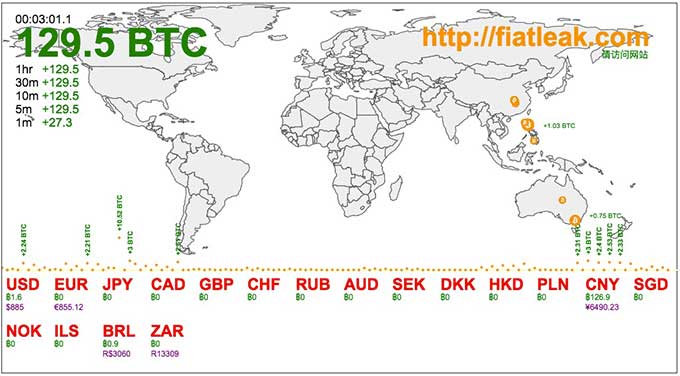 China is on a massive bitcoin buying spree, with the US and Brazil coming in a distant second and third. Fiatleak has a live map. Bitcoin is currently trading at $902. Last year at this time it was trading at $424.

Experts said the rise in value was linked to the long-term depreciation of the Chinese Yuan.

The Chinese currency has dropped about 7% in value during 2016, said Reuters. The majority of Bitcoin currency trading takes place in China as it allows people to skirt restrictive local laws that limit how much money Chinese people can swap.