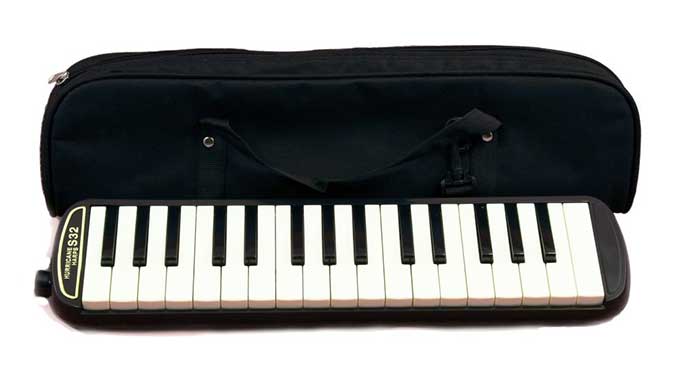 My guest on the Cool Tools Show week is Robyn Miller. Robyn co-founded Cyan Worlds in the late 1980s, where he designed and directed the landmark video games Myst and its sequel Riven. In 2010, he co-founded Zoo Break Gun Club LLC, with producer/filmmaker Mischa Jakupcak. ZBGC has produced several films and has projects in development for film, television and virtual reality.

"I found out about this through Waves kickstarter. They’re a company who have been around for a long time and they’ve created a lot of great plugins — they know what they’re doing. This hardware and software combination allows you to hear three dimensional audio from any pair of headphones. I’m waiting for someone to use it with virtual reality."

"I don’t see a lot of people playing melodicas and I don’t know why. They’re a blast! It’s a reeded instrument (you blow through a tube to create the sound), but you play on a keyboard to choose your notes. So you have the opportunity for tons of dynamic, but it’s easy to play. It ends up sounding like a poor man’s english horn."

"I’ve used a variety of MIDI controllers keyboard before but never anything as smart as Komplete Kontrol S88. It helps that my go-to software synthesizers are made by Native Instruments and work seamlessly with this keyboard. Without touching my computer, I’m able to adjust parameters from the S88 (or record my adjustments over the course of a song). This isn’t new — I’ve had MIDI controllers before — but this is the first controller that speaks the same language as the software synths I use. This comes in four different sizes."

"I’m sure many have heard of this app. In fact, there it was rotting away on my iPad and I never really touched it. But when I bought my Apple Pencil, I revisited PDF Expert and was stoked! I’m now able to edit manuscripts and screenplays exactly as I would on paper… with a red pen. Now, no more printing out 200 page documents just so I can scribble all over them with a red pen."