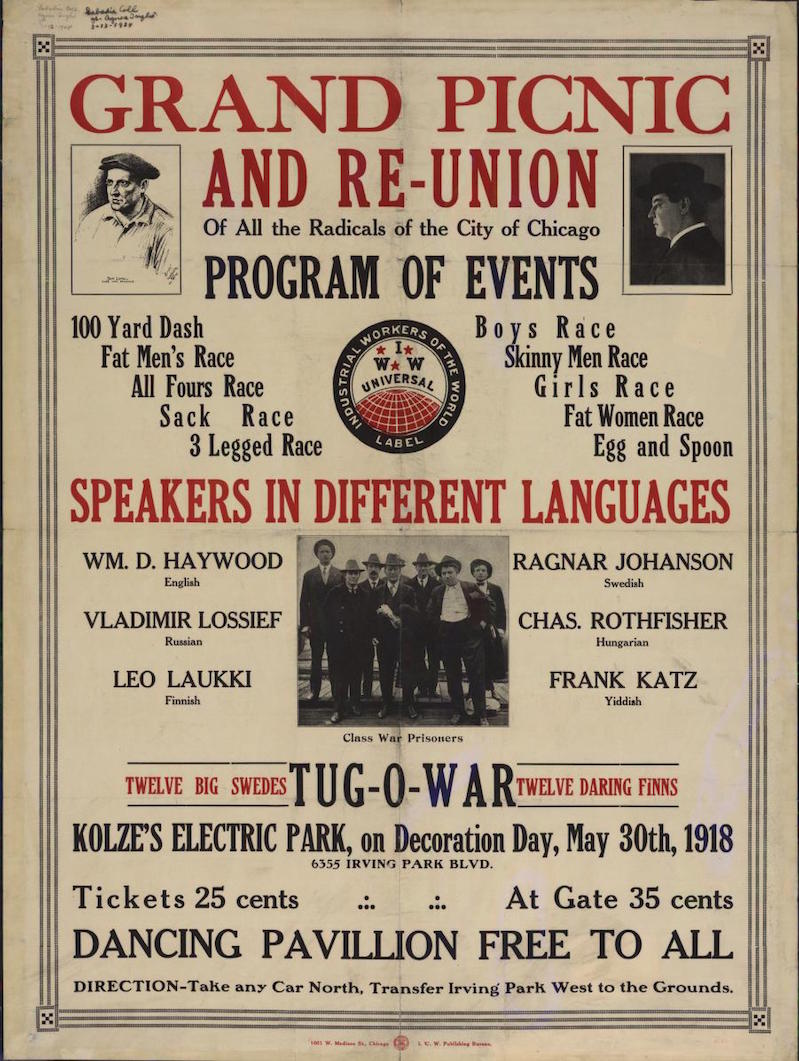 Trumpism is nothing new, as University of Michigan's digitized sets of historical political posters show. Many are in the public domain, including my fave announcing the 1918 "Grand Picnic and Re-Union of All the Radicals of the City of Chicago."

The Joseph A. Labadie Collection contains posters which have been acquired over the past 100 years. This database consists of images of those posters covering social protest movements such as Anarchism, Civil Liberties, Colonialism, Communism, Ecology, Labor, Pacifism, Sexual Freedom, Socialism, Women, and Youth/Student Protest. Some are from the first half of the 20th century, but the majority are from the 1960s and later. Many are undated. All originals are held in the Joseph A. Labadie Collection.

Via Allison Meyer at Hyperallergic:

“It’s not enough for us to preserve the artifact if people cannot see it,” Julie Herrada, Labadie Collection curator, told Hyperallergic. “Posters are a difficult format because they are fragile and can only withstand so much physical handling, so providing access to these materials while keeping them safe is a complicated process, or it was, until the technology and resources became more readily available to us.”

Many are quite beautifully designed and printed, so check them out and get inspired!

• The Revolution Has Been Digitized: Explore the Oldest Archive of Radical Posters (Hyperallergic)