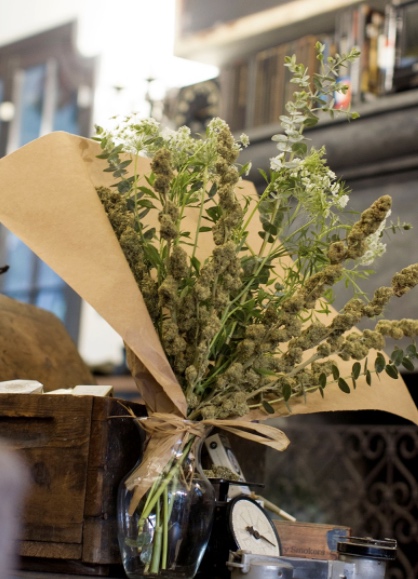 In Los Angeles, Lowell Farms offered a limited number of lovely cannabis floral bouquets for delivery today, Valentine's Day. The price was $400/ounce. The Lowell Farms site still shows the bouquet on their front page with an email address to place your order so perhaps this fine gift will continue to be available!