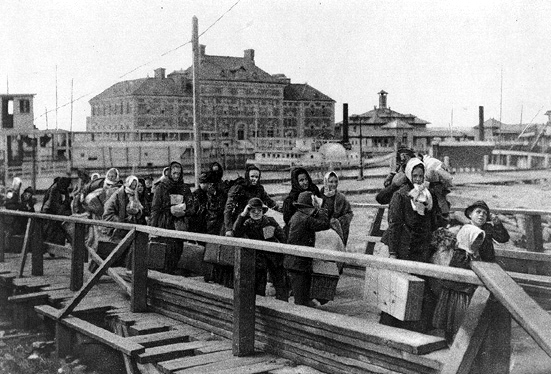 A huge coalition of human rights groups, trade groups, civil liberties groups, and individual legal, technical and security experts have signed an open letter to the Department of Homeland Security in reaction to Secretary John Kelly's remarks to House Homeland Security Committee earlier this month, where he said the DHS might force visitors to America to divulge their social media logins as a condition of entry.

The letter points out that the years' worth of private data -- including commercially sensitive information; privileged communications with doctors, therapists and attorneys; and personal information of an intimate and private nature -- that the DHS could access this way would not belong only to non-US persons (who are, of course, deserving of privacy!), but also US persons, whose lives the DHS would be able to peer into without warrant, oversight or limitation.

The letter also points out that once America starts demanding this of foreigners visiting its shores, other governments will definitely reciprocate -- so American travelers would be forced to reveal everything from trade secrets to the most personal moments with their loved ones with governments hostile to US interests.

This proposal would enable border officials to invade people’s privacy by examining years of private emails, texts, and messages. It would expose travelers and everyone in their social networks, including potentially millions of U.S. citizens, to excessive, unjustified scrutiny. And it would discourage people from using online services or taking their devices with them while traveling, and would discourage travel for business, tourism, and journalism.

Demands from U.S. border officials for passwords to social media accounts will also set a precedent that may ultimately affect all travelers around the world. This demand is likely to be mirrored by foreign governments, which will demand passwords from U.S. citizens when they seek entry to foreign countries. This would compromise U.S. economic security, cybersecurity, and national security, as well as damage the U.S.’s relationships with foreign governments and their citizenry.

Policies to demand passwords as a condition of travel, as well as more general efforts to force individuals to disclose their online activity, including potentially years’ worth of private and public communications, create an intense chilling effect on individuals. Freedom of expression and press rights, access to information, rights of association, and religious liberty are all put at risk by these policies.

The first rule of online security is simple: Do not share your passwords. No government agency should undermine security, privacy, and other rights with a blanket policy of demanding passwords from individuals.