Artists remix NYC "If You See Something, Say Something" subway signs 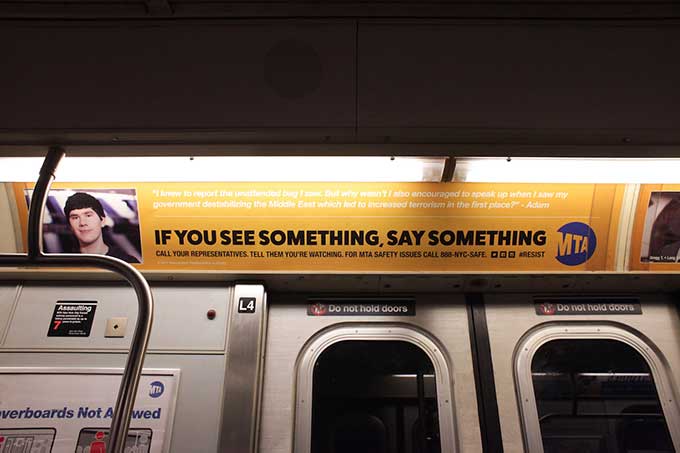 A group of artists placed signs in NYC subway cars that look like standard "If You See Something, Say Something" signs, but they contain additional information. Example:

“I’m glad I was reminded to report that suspicious bag. But I wonder, when my own president uses a willing media to perpetuate a constant state of fear, who are the real terrorists and who profits off my panic?”

“It’s important to report suspicious activity. I feel weird telling people this when I know ratting out a fellow cop for unethical behavior or brutality could make my life a living hell.”

“I knew to report the unattended bag I saw. But why wasn’t I also encouraged to speak up when I saw my government destabilizing the Middle East which led to increased terrorism in the first place?””