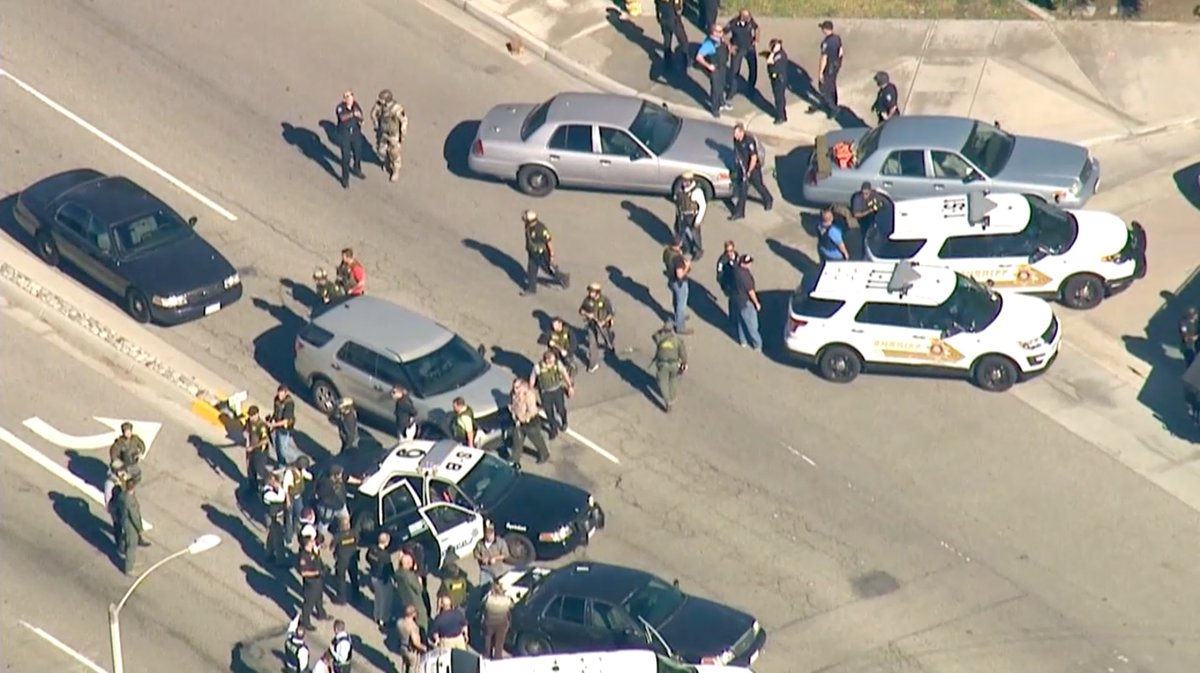 A shooting took place in a classroom at North Park elementary school in San Bernardino today, around 10:30am local time. The shooter has been 'taken down,' local TV news is reporting in Southern California. The shooting is reported to have been planned as a murder-suicide. Two fatalities reported as of 11:15am PT. The shooter is said to have been related to the teacher who was shot dead. Two children injured in the shooting incident were airlifted to a nearby hospital. 600 children from North Park are being evacuated to Cal. State Univ. San Bernardino.

BREAKING: Multiple people down in shooting at elementary school in San Bernardino https://t.co/WQcn0NBszu

Multiple people were injured in a shooting Monday morning at an elementary school in San Bernardino in what officials are describing as a murder-suicide.

San Bernardino Police Chief Jarrod Burguan said four victims were being treated and a suspect was possibly down as well. No other details were immediately available.

“We believe this to be a murder suicide,” he tweeted. “Happened in a class room. Two students have been transported to the hospital.”

The San Bernardino County Fire Department reported multiple gunshot victims and a triage area had been set up.

The shooting comes as San Bernardino has seen a major increase in violence.

The violence is an open wound on a city trying to recover from a prolonged bankruptcy and the 2015 terror attack.