Trump's Easter Egg Roll is shaping up to be a disaster 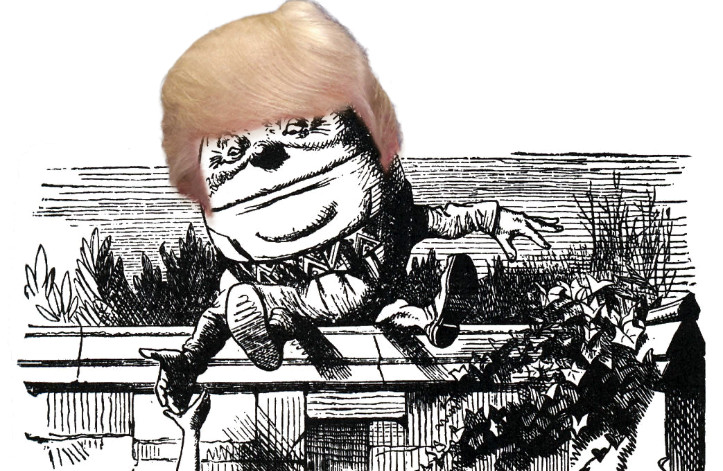 Normal presidents hold Easter Egg Rolls on the White House lawn -- have done for 140 years! -- where 35,000 people come to watch headline entertainers and 4,000 local schoolchildren. This is not normal.

First, Trump forgot to order the eggs, which is a thing that happens when you "dismantle the administrative state" and fire everyone who knows what they're doing.


Then he forgot to invite headline entertainers, which is probably OK, because none of them would have come (see also: the inauguration).

Then he forgot to send tickets to the kids and other invited guests, especially organizations like American Military Partner Association, an advocacy organization for families of LGBT service members.

A rush order on the eggs was ultimately placed. But this year’s event will lack the star-power of past celebrations, which have drawn up to 35,000 attendees and featured performers including Justin Bieber and Ariana Grande. Just as the Trump inauguration had a conspicuous lack of big names, the Times suggests A-Listers will be absent from next Monday’s party. The lack of preparedness also means fewer children, families and staff will be involved in what’s normally the White House’s biggest and most popular public affair.

“It’s the single most high-profile event that takes place at the White House each year, and the White House and the first lady are judged on how well they put it on,” Melinda Bates, former director of the White House Visitors Office under President Clinton, told the Times. “I’m really concerned for the Trump people, because they have failed to fill some really vital posts, and this thing is all hands on deck.”