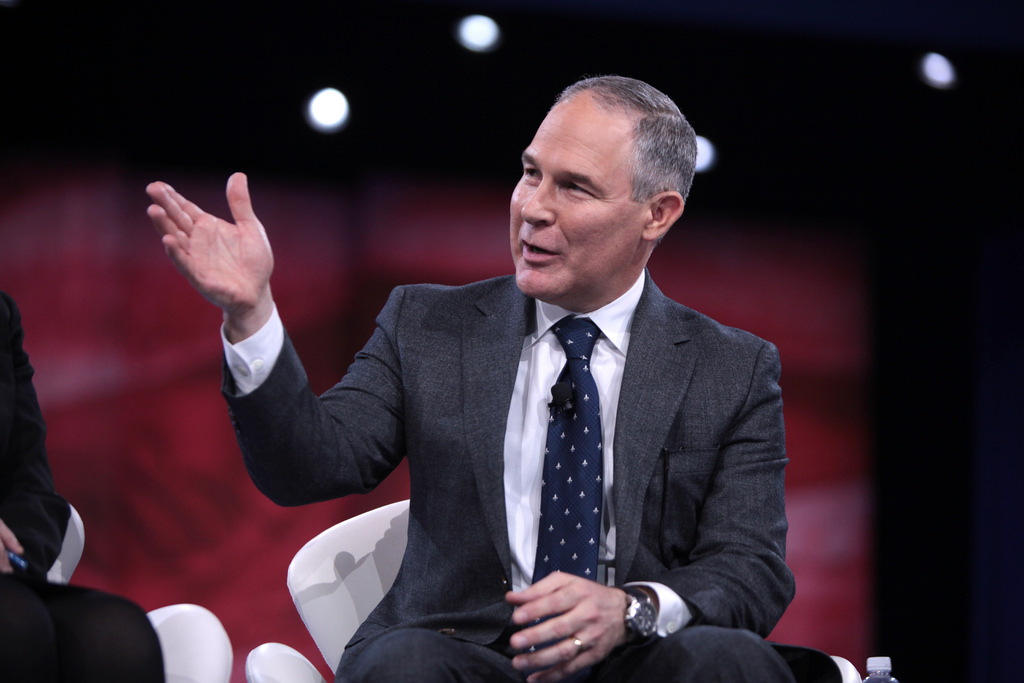 Before being put in charge of the Environmental Protection Agency, climate-denier Scott Pruitt sued the agency more than a dozen times. This has made him rather unpopular.

So Pruitt says he needs a 24/7 security detail -- in the words of Trump EPA transition team leader Myron Ebell, Pruitt needs protection from "his own employees and the left." Pruitt, who plans to eliminate a program that protects children from lead paint, wants to hire ten additional bodyguards.


He's not alone: his fellow henhouse fox, education-hating Education Secretary Betsy DeVos (heiress and Ponzi billionaire, sister to notorious war criminal Eric Prince) has already spent $8m on Secret Service agents to guard her from the people who hate and fear her.

EPA staff have reportedly been anticipating the security bulk-up for some time. In an email obtained by E&ENews, EPA’s criminal enforcement office chief emailed staff shortly before Pruitt’s mid-February confirmation to warn them of the change: “Based on conversations with the transition team, we anticipate that Mr. Pruitt will initially request a 24/7 detail.”

a fox for every henhouse / epa / squandering tax dollars / trumpism