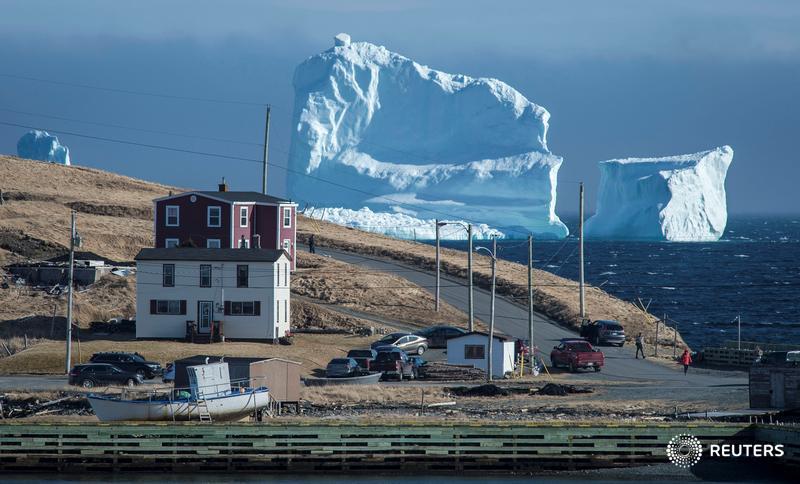 Tourists are flocking to Ferryland, Newfoundland, reports Aric Jenkins, and it's all because of a huge chunk of ice.

Ferryland, a tiny Newfoundland town of roughly 500 people, got a holiday surprise over Easter weekend when a massive block of ice appeared off-shore — overshadowing people, boats and even houses on land. The iceberg seems to have parked in the waters outside the town and, according to CTV News, visitors have started flocking to the area to witness the colossal floating chunk of ice and post photos on social media.

Ferryland is apparently a good spot for iceberg spotting, but the unusual number and size of the bergs this year are due to "unusually strong counter-clockwise winds." Photo: Reuters.