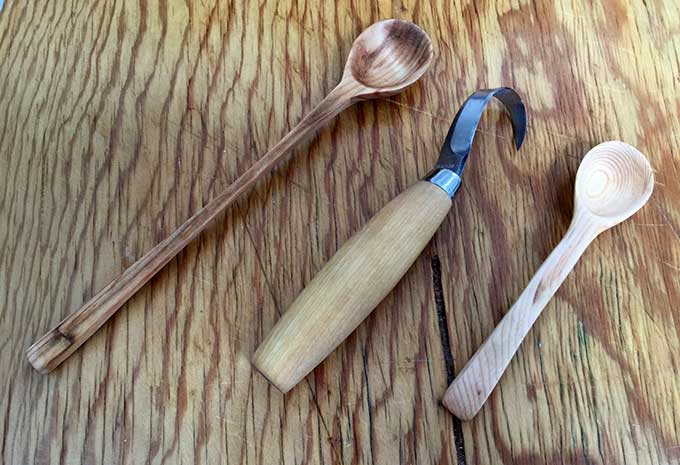 I got this Morakniv hook knife ($(removed), Amazon) last week so over the weekend I tried it out by making a couple of small spoons. The hook shape makes it easy to whittle out the concave part of the spoon, which is almost impossible to do with a regular knife.

Whittling spoons is fun, and they make nice gifts. I give most of mine away and people remark, years later, that they still use and like them. If you are just getting started - I have two book recommendations: Heirloom Wood: A Modern Guide to Carving Spoons, Bowls, Boards, and other Homewares, and The Artful Wooden Spoon: How to Make Exquisite Keepsakes for the Kitchen.