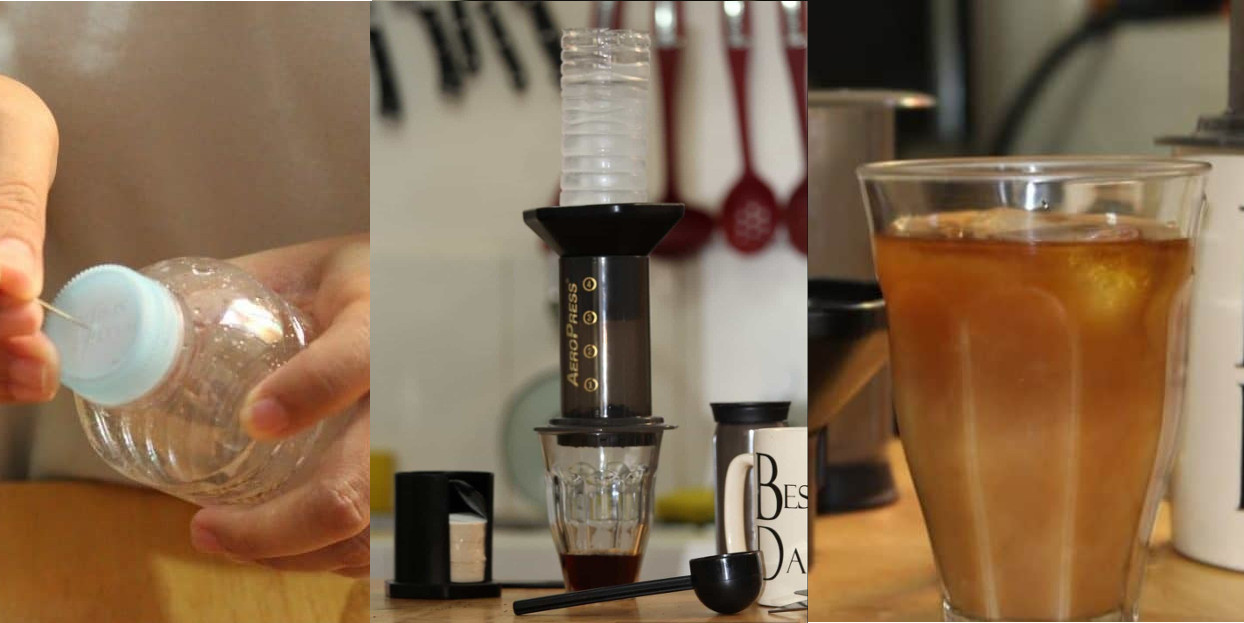 The cheapest and easiest way I know of to make cold brew coffee is with an almond-milk bag and a water jug, but if you favor the drip method over the steeping method, you can spare yourself the expense of a fancy Kyoto dripper and just use a disposable 500ml water bottle with a pinprick in its lid, suspended over an Aeropress.

I've got a Kyoto dripper, an Oxo dripper, and a plastic jug and almond-milk bag, and honestly, I can't taste any meaningful difference between the products of each -- so mostly I'm about convenience and cleanup, and for that, I favor the bag method.


But some people insist that they can taste the difference between drip and steep and for those people, this method looks pretty great. My guess is that the trick is calibrating the hole in the lid to drip no more than one drop per second (start with a small hole and gradually expand it).

Remember: put a paper filter in the Aeropress's mesh, and another one over the coffee grinds!