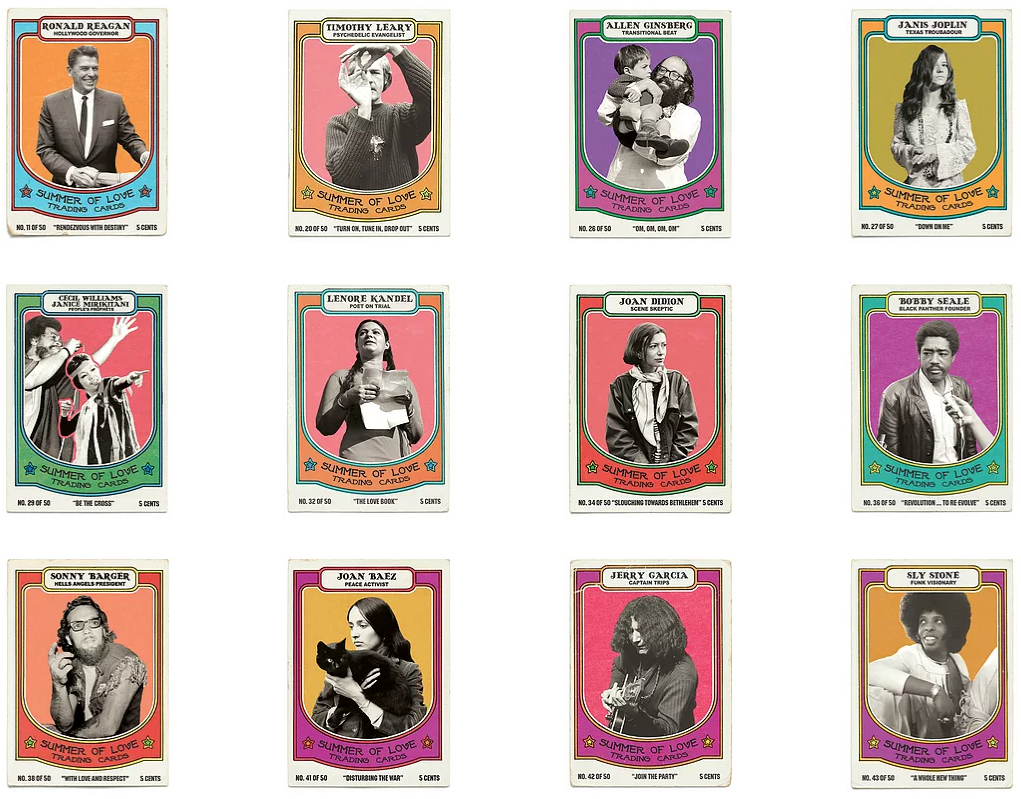 To commemorate the 50th anniversary of the Summer of Love, the city of San Francisco has created a trippy 13-poster series of "trading card" posters.

According to a press release from the San Francisco Arts Commission:

Haug collaborated with Ivan Uranga to produce the poster’s bold graphic style. Drawing from the vernacular of trading card, black and white photographs of each personage is set against a vibrant background, reminiscent of the era’s psychedelic rock posters. Each figure is given a title that reflects his/her role in the Summer of Love. For example, Leary appears under the title “Psychedelic Evangelist” along with his famous call from the Human Be-In, the prelude to the Summer of Love, to “Turn on, tune in, and drop out.” The use of the trading card format suggests that these diverse legacies have been commodified, gaining and losing value through the passage of time.

The series includes other details that are the artist’s own invention. For example, a price is included on the bottom of each card, which was not standard trading card practice. She also uses the figures’ birthdates for their serial number. For instance, Allen Ginsberg is number 26, because he was born in 1926. An exception is Janis Joplin; she is no. 27, the age at which she died.

If you want to check them out, the oversized "trading cards" are currently hanging in bus shelters on Market Street, one of the city's main thoroughfares.