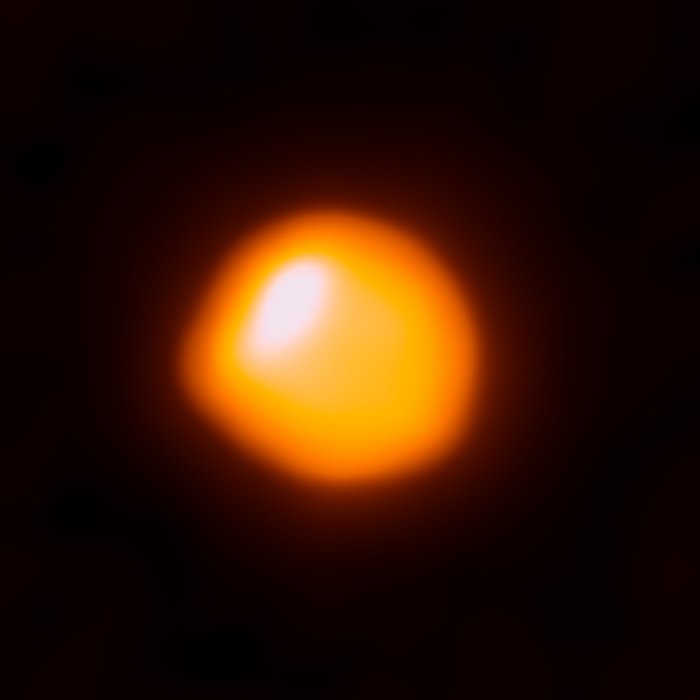 Imaged by the Atacama Large Millimeter Array (ALMA), this is the most detailed depiction yet of the enormous supergiant Betelgeuse, 600 light-years off in the constellation Orion and 1400 times the size of the sun.

The star is just about eight million years old, but is already on the verge of becoming a supernova. When that happens, the resulting explosion will be visible from Earth, even in broad daylight.

The star has been observed in many other wavelengths, particularly in the visible, infrared, and ultraviolet. Using ESO’s Very Large Telescope astronomers discovered a vast plume of gas almost as large as our Solar System. Astronomers have also found a gigantic bubble that boils away on Betelgeuse’s surface. These features help to explain how the star is shedding gas and dust at tremendous rates (eso0927, eso1121). In this picture, ALMA observes the hot gas of the lower chromosphere of Betelgeuse at sub-millimeter wavelengths — where localised increased temperatures explain why it is not symmetric. Scientifically, ALMA can help us to understand the extended atmospheres of these hot, blazing stars.