Review: Afterliff, the new dictionary of things there should be words for 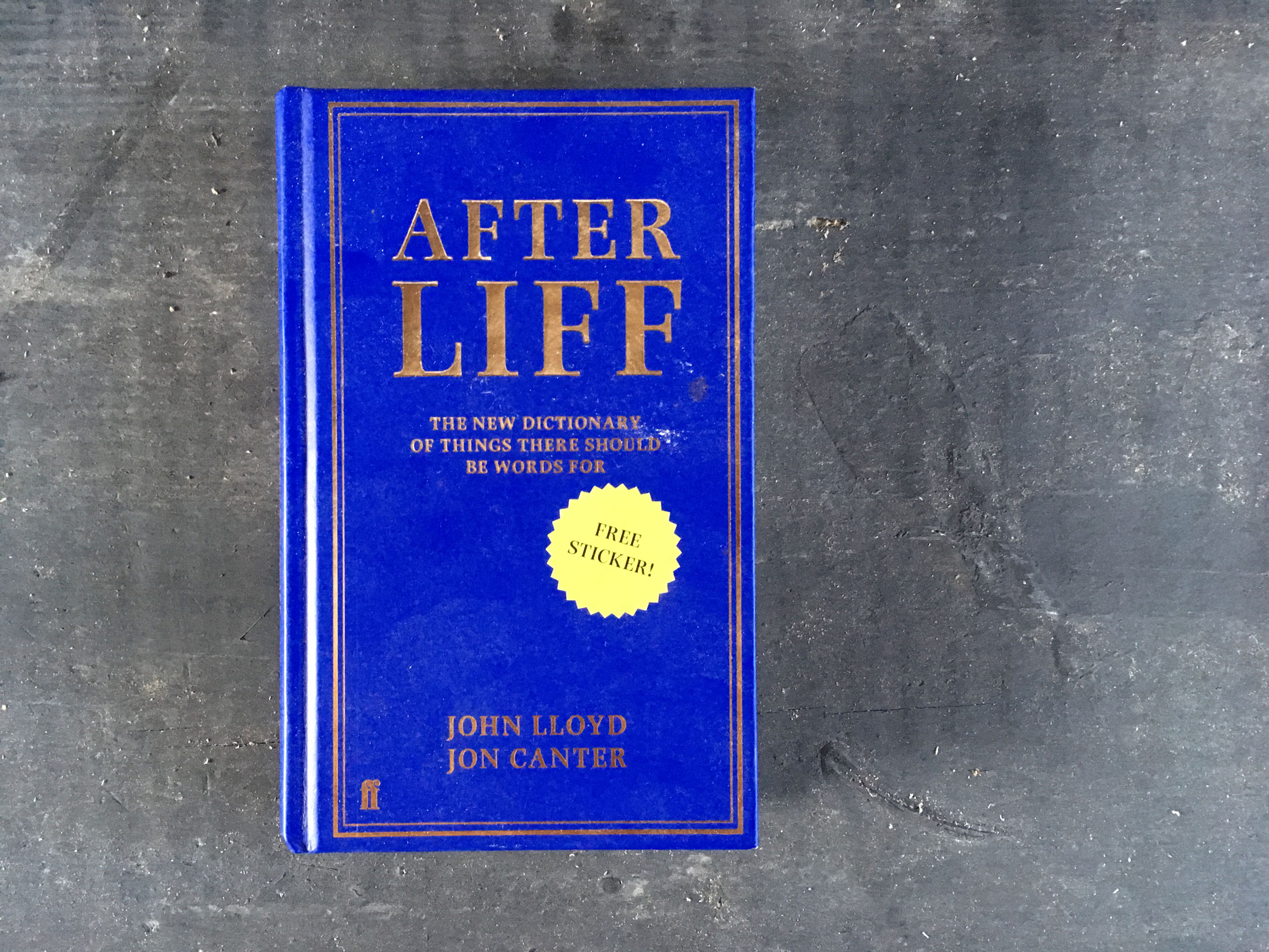 Douglas Adams and John Lloyd's 1983 The Meaning of Liff (expanded in 1993 as The Deeper Meaning of Liff) is one of my favorite books and a seminal part of my education. So I was delighted and surprised to see I'd completely missed the 2013 publication of Afterliff, a sequel by Lloyd and Jon Canter.

The Liff books are dictionaries of "things that there aren't any words for yet." The authors take the meaningless words given to towns and assign them to experiences on the margins of social relevance, all the anxieties, personal flaws and intriguing objects known but not named.

Afterliff is a heartily funny return to the ultimate literary party game, a sprawling dictionary of trivial frustrations, of momentary insights, of shared embarrassments that many fear but few acknowledge. It's been a long time, though, and the world's changes impress themselves upon it. Adams is no longer with us. The internet has brought together legions of fans to share new definitions. It's the same ingenious cultural trick that gave us sniglets, but liffs throw deeper hooks.

Here are a few favorites from Afterliff:

Quite nice, but but quite nice enough.

One who dishonestly ticks the 'I have read and agree to the Terms and Conditions' box.

The false gusto with which children eat vegetables in adverts.

Annoyed with oneself for having eaten too many doughnuts.

A greeting among horses.

Yet it seems to lack a definitive point of view. Some new liffs are too crude, some are too clever. It's too simple to suggest that the fan contributions (or Adams' departure) leave it unfocused, because Afterliff is often very funny indeed. But it often reminded me that its place of origin -- the wry, casually mannered and self-deprecatory hive mind of late 20th-century middle class England -- is gone. The charm of it is there, but it's too nostalgic and maybe not nasty enough for the 2010s.

Or perhaps it's me that's changed, no longer a child discovering weird literary magic for the first time? All the same, Afterliff is unmissable and brilliant for anyone who loves the play of words, and be sure to get the original first if you've never read it.