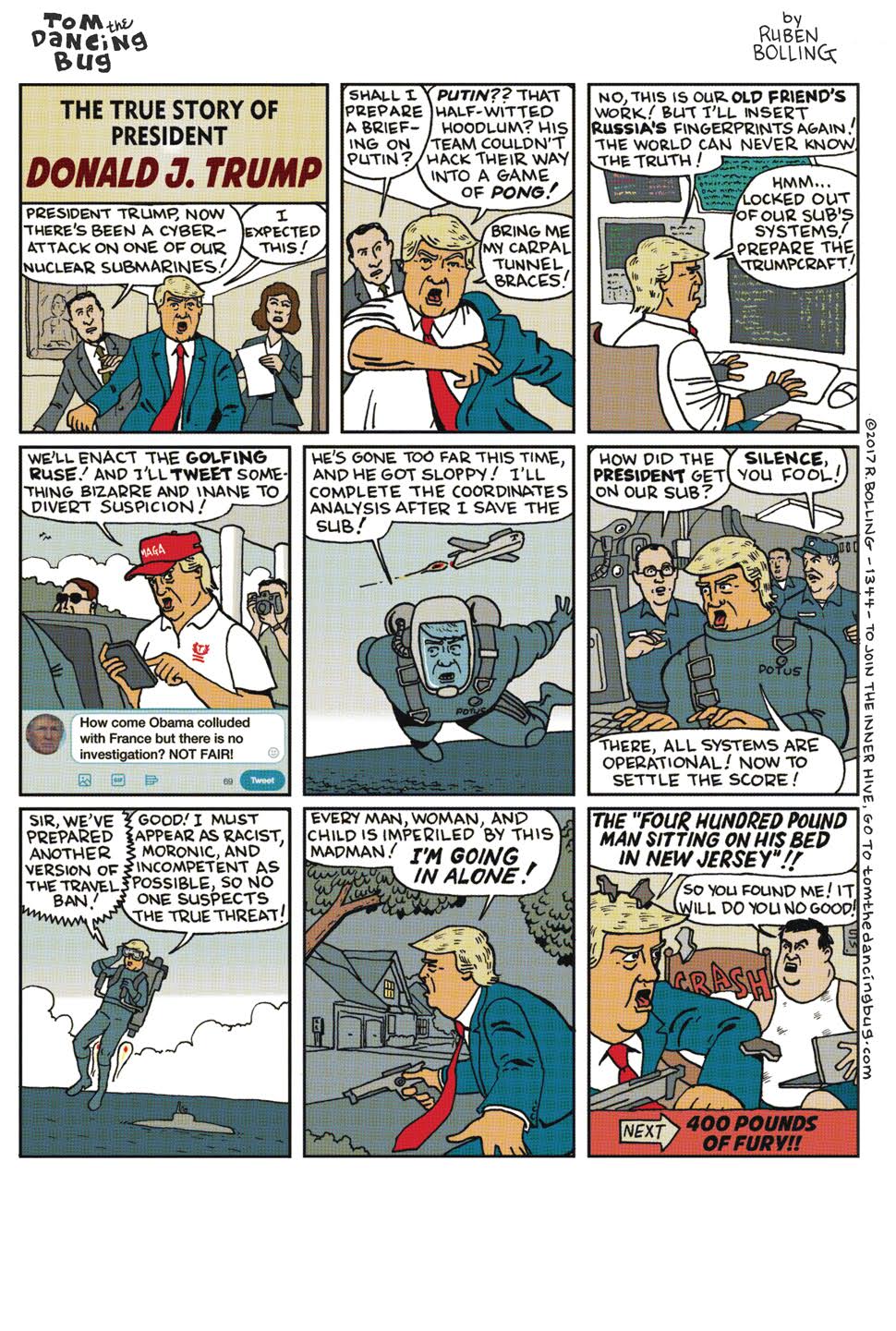 Tom the Dancing Bug, IN WHICH President Trump must bravely respond to a cyber-attack from his arch enemy!