Check out some of Donald Bell's favorite tools 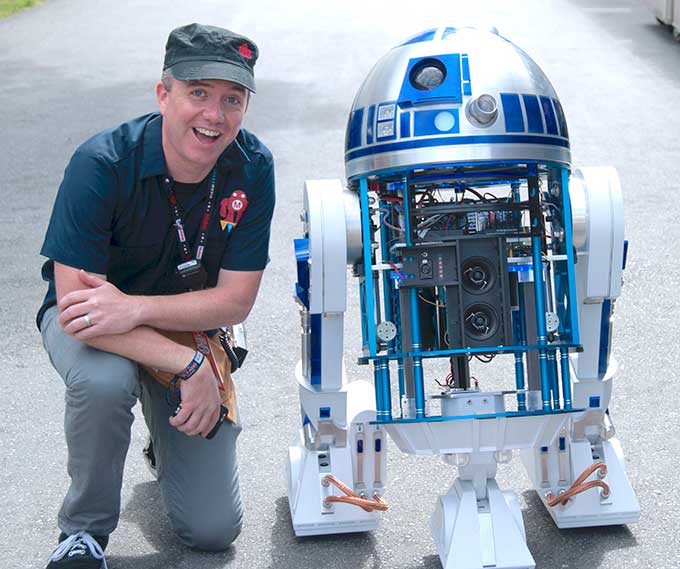 Our guest this week on the Cool Tools Show is Donald Bell. Donald runs a great website called Maker Project Lab, and he also hosts a weekly YouTube show called Maker Update, which collects interesting projects, news, tips, tools, and other stuff for the Maker community. He was a Projects Editor at Make magazine, and he spent eight years as a Senior Editor at CNET.

"I've had inexpensive soldering irons for years now, but they've always been ones that plugged into a wall. I came across the Hakko when I was looking for a soldering iron I could buy multiples of to do a soldering workshop, and the idea of plugging in 30 soldering irons is like plugging in 30 hair dryers. It can become a nightmare if you really are trying to do it without tripping a breaker. …It’s become one of my new favorite things. It runs off of four AA batteries, and it heats up in about 30 seconds to a good soldering temperature for accomplishing just little PCB basic electronic projects, and it’s been great."

"This one actually I learned about from Becky Stern, Make alumni. But before I started working at Make, when I was doing how-to projects for CNET, I was trying to figure out the easiest way to take those great shots of your work, like an overhead view of your workbench, while you're working on a project. And I’ve never been able to do that easily with a standard tripod. … the Magic Arm will clamp onto your table and then kind of cantilever out over the workspace so that you can position the camera looking straight down. It’s been a good tool for me to film project videos or be able to document projects as I go, for taking photos and putting them on Instructables and documenting projects."

There Are No Electrons: Electronics for Earthlings ($13)

"I think of it as like if Stephen Colbert wrote a book on electronics and describing how electronics work. It’s just a really funny whacked perspective on trying to understand how electricity and electronics work. … It’s not a lightweight text in terms of backing away from teaching you everything you would want to know about circuitry and hobby electronics. It covers all the bases, and more. I mean, there's actually stuff I learned from this on mutual inductance and other ideas that I didn't ... Either weren't taught to me in other books, or I just glazed over it at that point in other texts. But it made its impression from this perspective, and I’m grateful for it."

USB Power Only Cable with Switch ($6)

"This one is like micro-USB, but you can also find them in mini-USB, or barrel-jack connection, a couple different options. When I first looked for this, I was buying it for my son’s Amazon Alexa, or Echo Dot, because it's one of those devices where you plug it in, and you're just expected to keep it on all the time, and having this little inline power switch allows me to turn it off when it's not in use, which doesn't seem like it would be that radical a concept, but I feel like increasingly there are these always-on type devices that you want to be able to have a switch on, and they're just not baked into the design anymore."

We have hired an editor to edit the Cool Tools podcast. It costs us $300 a month. So far, Cool Tools listeners have pledged $127 a month to the podcast. Please consider supporting us on Patreon. We have nice rewards for people who contribute!