Ack Flag: A design mashup of 'Cathy' and Black Flag 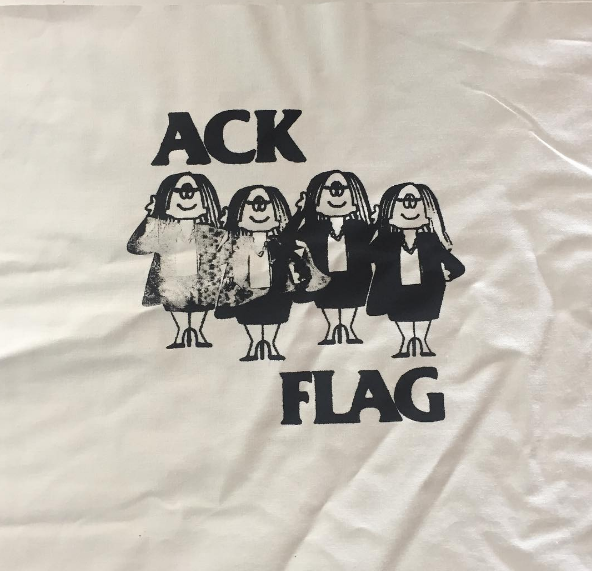 Over the weekend I took a silkscreening class (at a great DIY-kind of place in Oakland called Grease Diner) and discovered this brilliant design in the rag bin. If you haven't figured it out already, it's a mashup of the comic strip character Cathy and the logo of punk band Black Flag.

I posted this same image on Instagram and I was able to figure out the artist through the #Ackflag hashtag. Her name is Kathy K and she sells products with the design in her Etsy shop, Crimson + Clover.

DJ Earworm: 100 songs from the past decade in one mashup

Ten years, 100 songs, three minutes. Sheer. Fucking. Genius. Watch it before a Youtube copyright enforcement bot deletes it and DJ Earworm's channel with it. (via Metafilter)