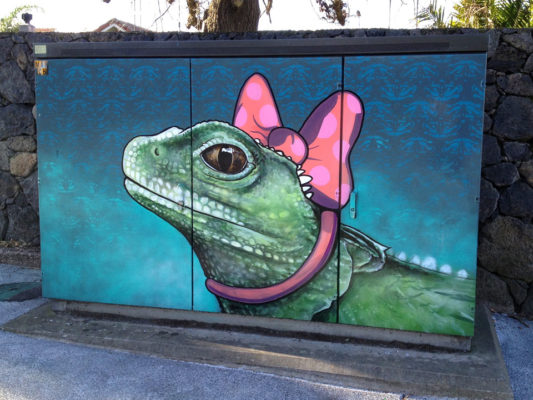 Artist Paul Walsh brightens up the streets of Auckland, New Zealand by sprucing up old utility boxes with delightful creatures.

It all started after he painted Grumpy Cat on a utility box.

Chorus – the company that operates NZ’s phone network – got in touch with me via the newspaper, and asked if I’d like to paint some of their DSL Cabinets – big green boxes that sit on hundreds of suburban streets across the country. They couldn’t pay me, though (or else they’d have to sign off the artworks, and it would get complicated and boring). So I turned to the public for funding. And.. wow! The public are awesome. I ran a campaign on Pledgeme asking for $350, and got a total of $1300! So now I am able to take time off my day job and go paint some cool things around Auckland.

Check out his Instagram for the latest and greatest.