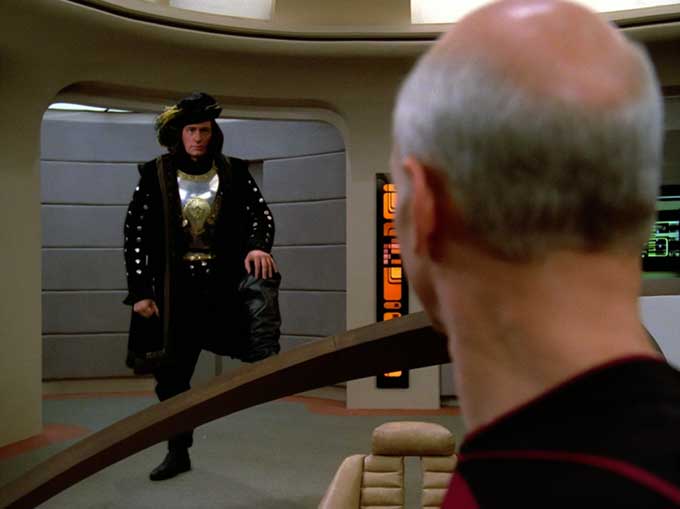 In his book on the history of human progress, Our Kind, anthropologist Marvin Harris asked in the final chapter, “Will nature’s experiment with mind and culture end in nuclear war?”

The book came out in 1989, in the final years of our Cold War nuclear paranoia, and his telling of how people developed from hunter gatherers all the way to McDonald’s franchise owners, he said, couldn’t honestly end with him gazing optimistically to the horizon because never had the fate of so many been under the control of so few.

“What alarms me most,” he wrote, “is the acquiescence of ordinary citizens and their elected officials to the idea that our kind has to learn to deal with the threat of mutual annihilation because it is the best way of reducing the danger that one nuclear power will attack another.”

In the final paragraph, Harris wrote that “we must recognize the degree to which we are not yet in control” of our own society. Progress was mostly chance and luck with human agency steering us away from the rocks when it could, but unless we gained some measure of control of where we were going as a species, he said, we’d be rolled over by our worst tendencies, magnified within institutions too complex for any one person to predict or direct.

This episode is sponsored by Blue Apron who sets the highest quality standards for their community of artisanal suppliers, family-run farms, fisheries and ranchers. For less than $10 per meal, Blue Apron delivers the best ingredients along with easy-to-read, full-color recipes with photos and additional information about where your food came from. Check out this week’s menu and get your first three meals free with free shipping by going to www.blueapron.com/YANSS

I know where this feeling came from because I grew up terrified of nuclear war. It seemed like every week there was a TV special assuring me I didn’t have much to look forward to, like The Day After, Countdown to Looking Glass, Testament, and Special Bulletin, and HBO movies like By Dawn’s Early Light as well as a handful of the rebooted The Twilight Zone episodes and remnants of the 1970s like Damnation Alley floating among the cable apocalyptic schlock – all devoted, it seemed, to scaring the shit out of us by revealing what horrors awaited if they ever pressed the button.

It was always with us, that fear, that uncertainty, that feeling that progress had brought us the Nintendo Entertainment System but also our doom, and then all at once Star Trek the Next Generation premiered, the Berlin Wall came down, and the Soviet Union collapsed. The Cold War ended, and the cast of Seinfeld appeared, worried about raisins and parking spaces and the smell of wet sand but not nuclear bombs or fallout zones. Soon we’d have the internet, and for a time, it was good.

I became enamored with science and progress, looking back through time and seeing nothing but so much ignorance and injustice and lack of freedom, things that are today unthinkable were then commonplace. And I got this sense that social change was a force of nature itself, that progress, however you define it, was inevitable, and that we were in control of that progress. We chose to go to the moon, and we would choose to go to the stars as well.

If you lean liberal on social issues, there was a palpable sense in the last decade, at least for me, that human social progress was definitely now on the Star Trek timeline, not the Mad Max one. Despite our folly with social media public shaming and weaponized outrage-flavored clickbait, we were sorting things out. Same-sex marriage was legal in Mississippi. Our technology wasn’t just making drones and bipedal robots and self-driving cars, but was exposing every kind of privilege, accelerating social change as much as it had technological change. Hashtags and body cameras, smart phones and protests, each was now, with the power of our modern communication tools, exposing where the work needed to be done, where injustice flourished. I had a sense that with this new pace of change we were hurtling toward a cure for baldness that no one would use because, as Gene Roddenberry famously said, “no one would care,” and then came Brexit and Trump.

I’m not saying we are back onto the Mad Max timeline. I’ll never believe that, just that we aren’t in as much control as I had assumed and that most social change is farther away than I imagined. Nuclear bombs are now back in play, and the people in charge of them seem as inept and hawkish as ever. Marvin Harris was right. The moment we believe the struggle is over and that we are fully choosing our destiny is usually the moment before we realize it isn’t and we aren’t. Personally, I believe we will continue to bend the arc of the moral universe, but now I am more aware than ever of how difficult that will be.

This episode of the You Are Not So Smart podcast is about progress, how we invented it as an idea and then went about pursuing it on-purpose. Our guest is University of Chicago historian Ada Palmer. I wanted to talk to Ada because she wrote this brilliant, fun, illuminating essay earlier this year titled On Progress and Historical Change which felt like had been written specifically to address my exact confusion.

Historians, she writes, are careful to avoid a teleological frame of mind they sometimes call “Whig history,” in which we look back at our ignorant pasts and compare it to our amazing present and then assume there is an ultimate goal to all of this activity, an end-state of perfection, a strange attractor pulling us toward the ultimate purpose of all human effort. The truth is that it is a lot more complicated than that.

In the essay, she reveals the problems with thinking in this way and asks, “Is progress inevitable? Is it natural? Is it fragile? Is it possible? Is it a problematic concept in the first place?”

In the episode, you’ll hear her address all these questions and more, and I promise it will leave you feeling optimistic, but also a bit more realistic.

Watch this seal play with their lunch in a Melbourne river

This seal played with its meal while waddling in the Maribyrnong River in Melbourne, Victoria, Australia on August 10. “This isn’t the first time a seal has made an appearance in Melbourne’s rivers, but it’s certainly the first time I’ve seen a seal in this river, which I have been frequenting daily for the past […]

Baby born on an airplane over Alaska named 'Sky' by mom

A baby boy born on an airplane that was taking mom to a hospital in Anchorage was named ‘Sky’ by mom. Chrystal Hicks was 35 weeks pregnant when she gave birth to Sky Airon Hicks on August 5 around 1 AM after mom boarded a plane to take her from the small community of Glennallen, […]

Woman receives her ID card with photo of an empty chair

Jade Dodd of Tennessee renewed her license online, and when she received it last week, was surprised to discover that the photo wasn’t her, but rather an image of an empty chair. “The lady at the DMV did not really believe me when I was like ‘hey, I need my license fixed,’” Dodd told local […]