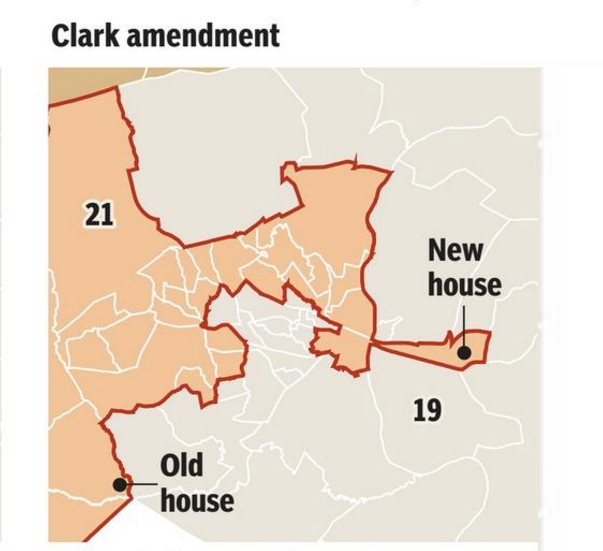 Let's say you're a state senator, but the house you'd like to own isn't in your district. No problem! Just propose a boundary change to include the new house!

That's what North Carolina State Senator Ben Clark of the state's 21st district did after he bought a home in the 19th district. Via The Fayetteville Observer:

The committee, including Clark, voted unanimously to add a wedged-shaped peninsula to Senate 21 that runs nearly 5 miles along N.C. 24 from the Cape Fear River to Baywood Road east of Interstate 95. This includes Clark’s new house near the Interstate 95 interchange at N.C. 24. According to data from the 2010 Census, the Clark extension moves about 1,055 people out of the proposed Meredith Senate 19 district into the proposed Clark Senate 21 district.