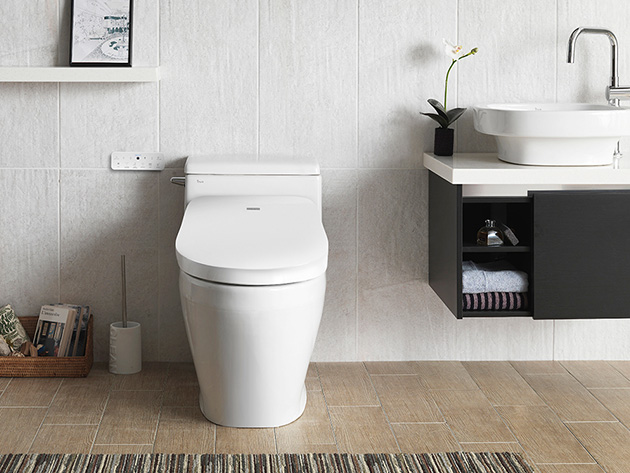 If you yearn for the sophisticated cleanliness of a European bathroom, the BioBidet A3 adds a bidet to your conventional toilet with minimal effort. And yes, it is available in the Boing Boing Store.

This simple attachment hooks into a nearby water line, and hangs on the inside of the bowl to provide a controlled stream of water to keep those hard-to-reach spots squeaky clean. It doesn’t require any electricity, just pressure from its connection, and the intensity of the water is adjusted by an easy-to-reach knob.

The BioBidet A3 Self-Cleaning Bidet Attachment is a highly economical way to get a more sanitary bathroom without expensive renovation, and will definitely save you money on toilet paper. You can pick one up here for $31.99.