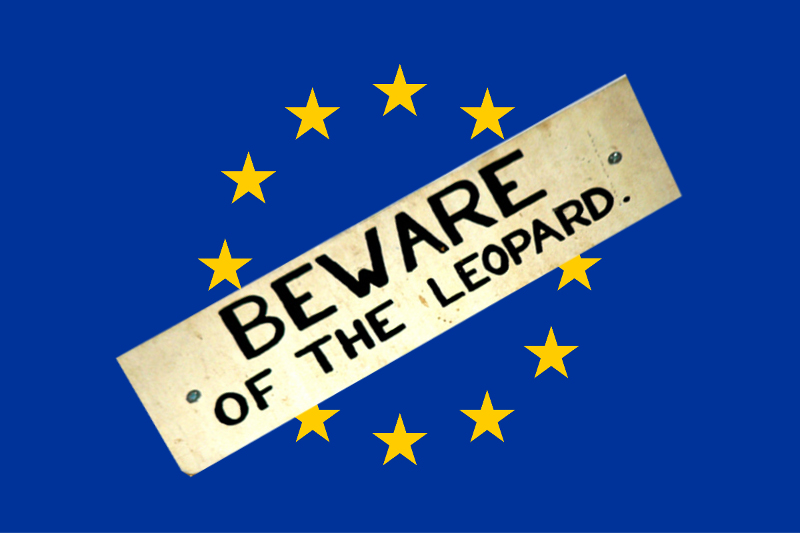 Estimating displacement rates
of copyrighted content in the EU is a 360,000€ study commissioned by the European Commission from the Dutch consulting firm Ecorys, whose mandate was to "research the effect piracy had on sales of copyrighted content" -- the report was completed in 2015, but never made public.

That's because the report concluded that "the results do not show robust statistical evidence of displacement of sales by online copyright infringements" with the exception of "recent top films."

The European Commission has gone on to institute and recommend a series of brutal, repressive systems of censorship and surveillance in the name of preventing copyright infringement, stating all along that this was necessary to preserve the arts in the EU.

German Pirate MEP Julia Reda discovered the report on display in the bottom of a locked filing cabinet stuck in a disused lavatory with a sign on the door saying 'Beware of the Leopard.'

Copyright policy is usually based on the underlying assumption that copyright infringement has a direct negative effect on rightsholders’ revenues. The most recent example for this kind of reasoning is the Commission’s highly controversial proposal of requiring hosting providers to install content filters to surveil all user-uploaded content. The Commission claims this measure is necessary to address a “value gap”, a supposed displacement of value from licensed music streaming services to hosting services like YouTube, which host a mixture of licensed and unlicensed content. To properly discuss such far-reaching proposals, we clearly need to have access to all available evidence on whether such displacement actually takes place in practice.

This study may have remained buried in a drawer for several more years to come if it weren’t for an access to documents request I filed under the European Union’s Freedom of Information law on July 27, 2017, after having become aware of the public tender for this study dating back to 2013. The Commission failed twice to respond to my request in time, but I expect a final answer with the study and some supplemental material to be officially released by the end of this week.

I would like to invite the Commission to become a provider of more solid and timely evidence to the copyright debate. Such data that is valuable both financially and in terms of its applicability should be available to everyone when it is financed by the European Union – it should not be gathering dust on a shelf until someone actively requests it.