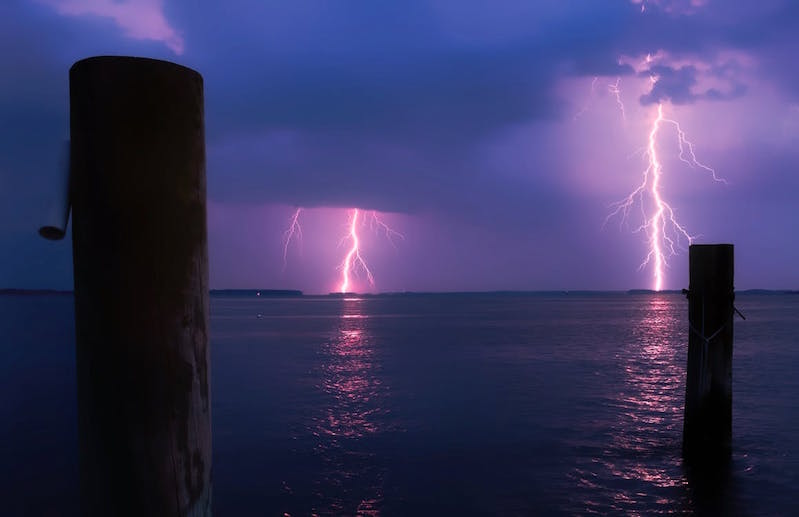 The American Geophysical Union reports that a long-term study of major shipping lanes indicates that ship exhaust is dramatically altering lightning patterns. It's not clear what the long-term effects might be.

The results provide some of the first evidence that humans are changing cloud formation on a nearly continual basis, rather than after a specific incident like a wildfire, according to the authors. Cloud formation can affect rainfall patterns and alter climate by changing how much sunlight clouds reflect to space.

“It’s one of the clearest examples of how humans are actually changing the intensity of storm processes on Earth through the emission of particulates from combustion,” said Joel Thornton, an atmospheric scientist at the University of Washington in Seattle and lead author of the new study in Geophysical Research Letters, a journal of the American Geophysical Union.

In this image from Thompson's study, the top map shows annual average lightning density at a resolution of about 10 kilometers (6 miles), as recorded by the WWLLN, from 2005 to 2016. The bottom map shows aerosol emissions from ships crossing routes in the Indian Ocean and South China sea from 2010.