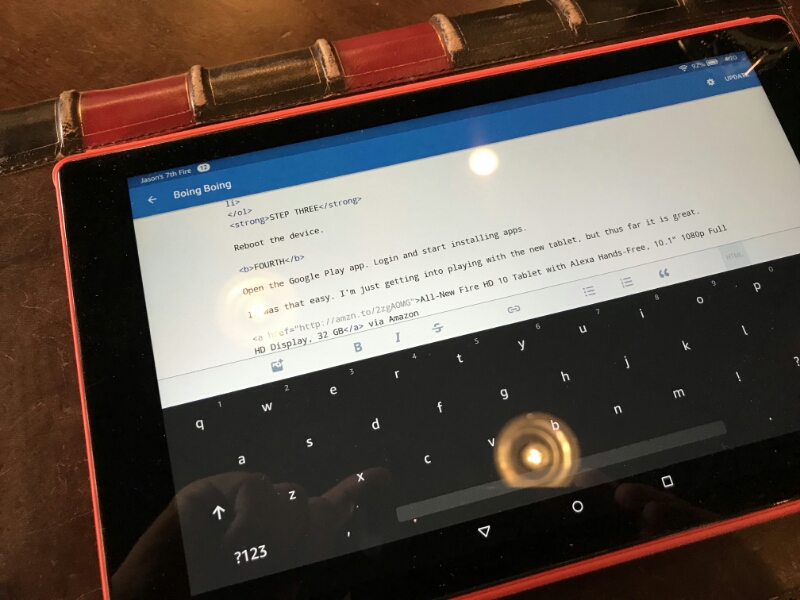 Last time I bought an Amazon tablet adding the Google store was a real pain! It takes about 3 minutes and one reboot on the new Amazon Fire HD 10.

In order to get the most out of my new 7th generation Amazon Tablet, I needed the Google Play store. GMail, Chrome and a few other apps were not available via Amazon's walled garden. Used to be Amazon made this hard. Now it is very easy!

To add the Google Play store follow these steps:

This will trigger a warning. Read it, then ignore it.

Download and install four Google apps in this specific order:

It was that easy. I'm just getting into playing with the new tablet, but thus far it is great.

I'm pretty sure this'll work for all 7th generation tablets regardless of screen size.