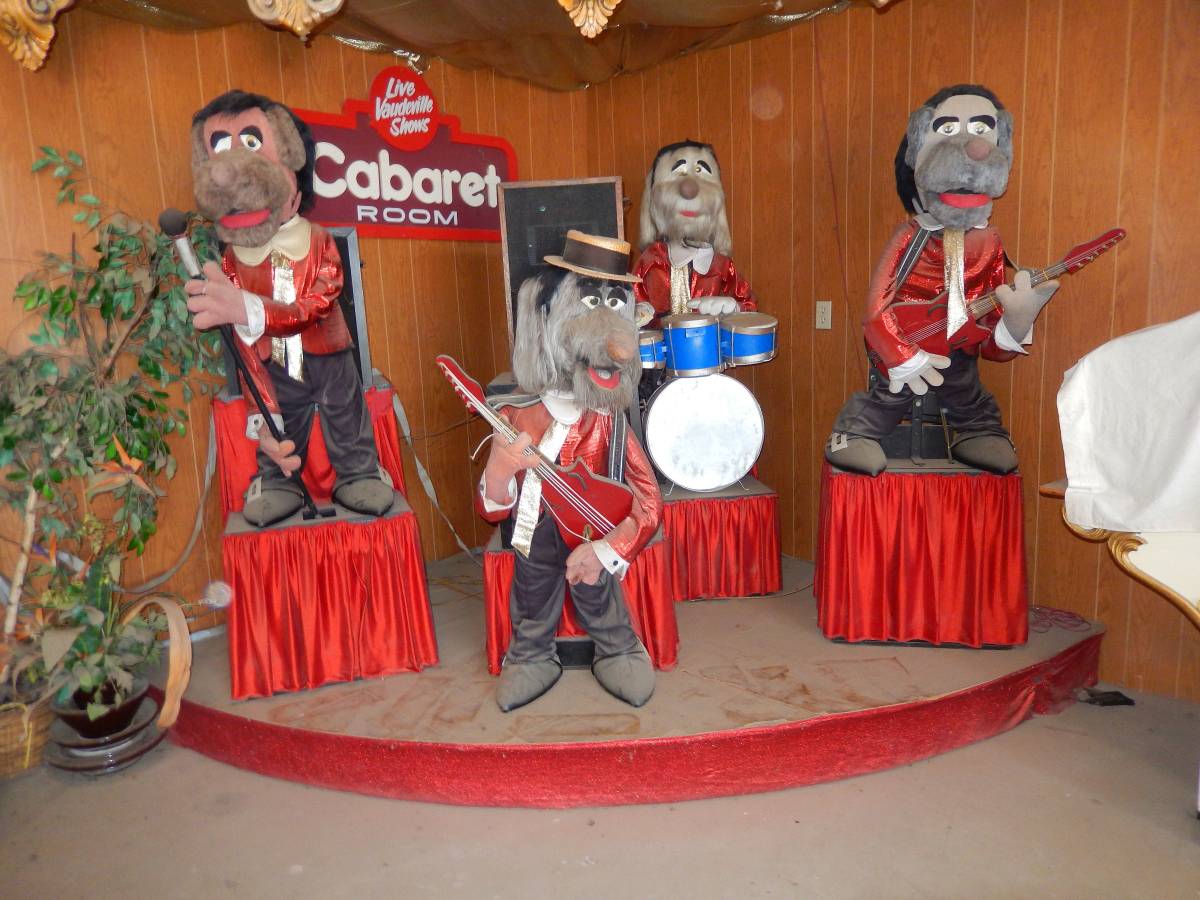 If you've been looking to put your paws on a real animatronic band, get thee to Visalia! In August, the kiddie entertainment chain announced that they were breaking up the band. Now, one has popped up on Craigslist. (This one is quite a bit older and presumably not a victim of the recent shutdown.)

Still, the circa 1985 "Beach Bowzer's Band" would make a fine companion to anyone's rumpus room. For $5000, it comes complete with the entire "Cyberamics Control System" and manuals.

And just for kicks, watch some of these things malfunction:

Chuck E. Cheese's / Where a kid can be a kid

The Rock-afire Explosion was a pre-cursor to the Chuck E. Cheese band that was originally created by Aaron Fechter, when the chain was still called ShowBiz Pizza Palace. In 2008, Fechter tried to revive the group as a YouTube cover band of sorts, and the results were…well, as you can see. Image: Ray or Jane […]