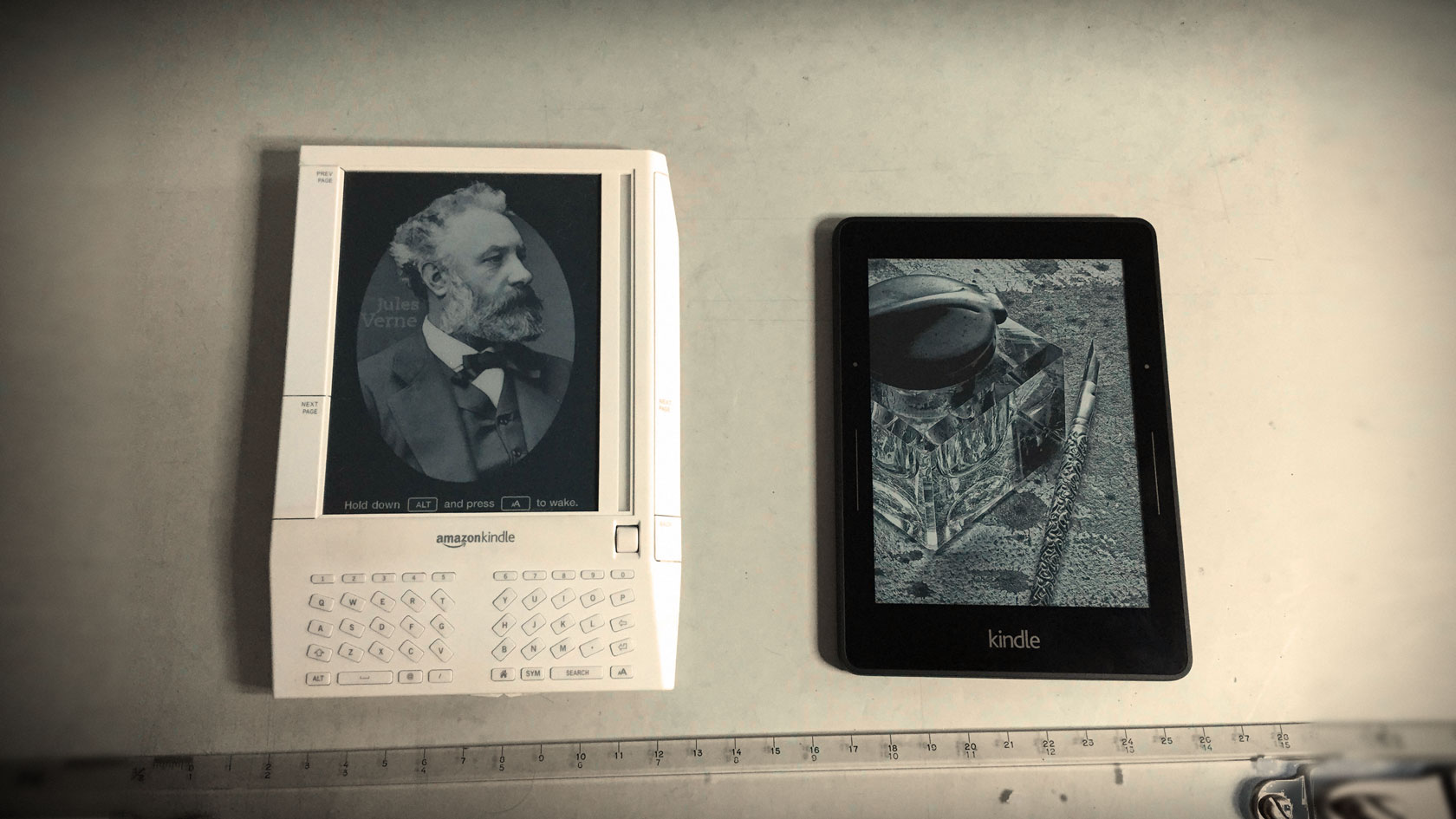 Amazon's Kindle e-reader is ten years old! I used the first gen model, and then migrated to the Voyage. I happily read on it every day!

I remember when Amazon was being all cagey while wanting to show off their cool new secret "thing." They came to my office and handed over the saddest looking device ever. The original Kindle had floppy buttons and a disastrous keyboard. The thing looked like a smashed cardboard box. I couldn't believe its odd shape.

I used an original Kindle for seven years. It is still around here someplace.

Looks like my weird original model is just about the only one Amazon won't take as a trade in this week. They are offering all sorts of trade-in deals if you have an old kindle to send them back. I'd recommend getting a refurbished Voyage. Mine is still going super strong after 3 years, with no battery life issues. I've read hundreds of books on it.

Amazon isn't celebrating with a new model as it seems pretty hard to improve on what the Kindle already is. This is a single purpose device that really works for pleasure reading.