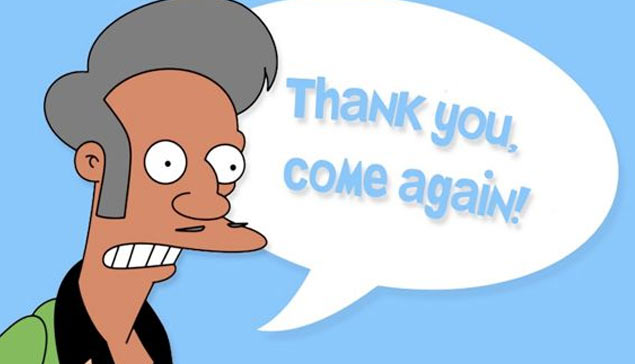 Nonetheless, the author also posits that further declines in standards may be masked after a certain point by survivorship bias: votes coming only from fans whose perception of quality won't change so long as the quantity remains. On the other hand, internet ratings are not the be-all and end-all of America's collective critical faculties, either.

This Sunday, Weezer will cameo on The Simpsons and as a teaser, the band released their cover of “The Simpsons Theme” by Danny Elfman. From Rolling Stone: In the new episode of The Simpsons, Weezer will play a cover band called Sailor’s Delight, which serves as the house act on a romantic cruise Homer and […]

This is a wonderful thing. Author and Librarian Joel A. Sutherland posted this video, with the following message, on Twitter: Social Isolation, Day 23 Kids: We’re booooored! What can we do? Wife *cleaning basement*: What are we ever going to do with these Simpsons Halloween costumes we only wore once? Me: How great is that?! […]