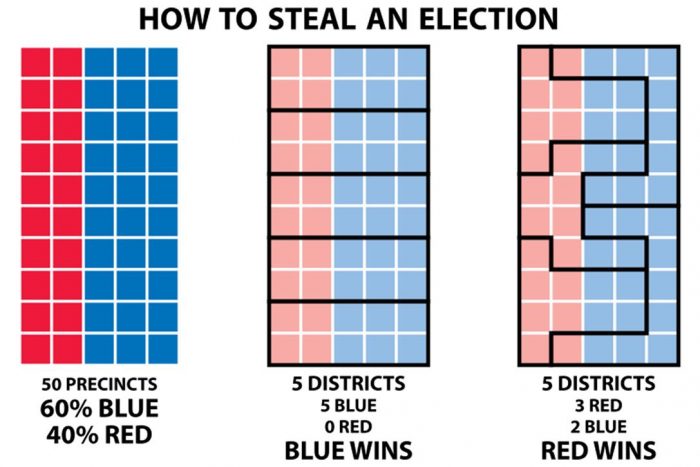 You probably know the “you cut, I choose” method to split a cake between two people who want as much for themselves as possible: one person cuts the cake into two pieces and the other person gets to choose first. Now, researchers at Carnegie Mellon University have applied cake-cutting game theory to the establishment of electoral districts.

In American politics, however, cutting states into electoral districts doesn’t have a similarly fair method. The political party in charge often decides where the electoral lines are drawn and does so in such a way to gain an advantage – a process called gerrymandering.

But now, Ariel Procaccia, Wesley Pegden, and Dingli Yu at Carnegie Mellon University have come up with a way to extend the cake cutting technique to electoral redistricting to make the system a lot fairer.

“What we think is exciting about this is that it leverages the competition of the two parties. They can both act in their own self-interest and still result in an outcome that is mathematically fair,” says Procaccia.

Does something so fair stand a chance in politics?

Trump calls 50,000 federal employees back to work, won't pay them

About 800,000 federal workers aren’t getting paid because Trump doesn’t want to lose the game of chicken he foolishly chose to play. Now he is forcing 50,000 to come back to work, but they won’t get paid. From Washington Post: The Trump administration on Tuesday said it has called back tens of thousands of federal […]