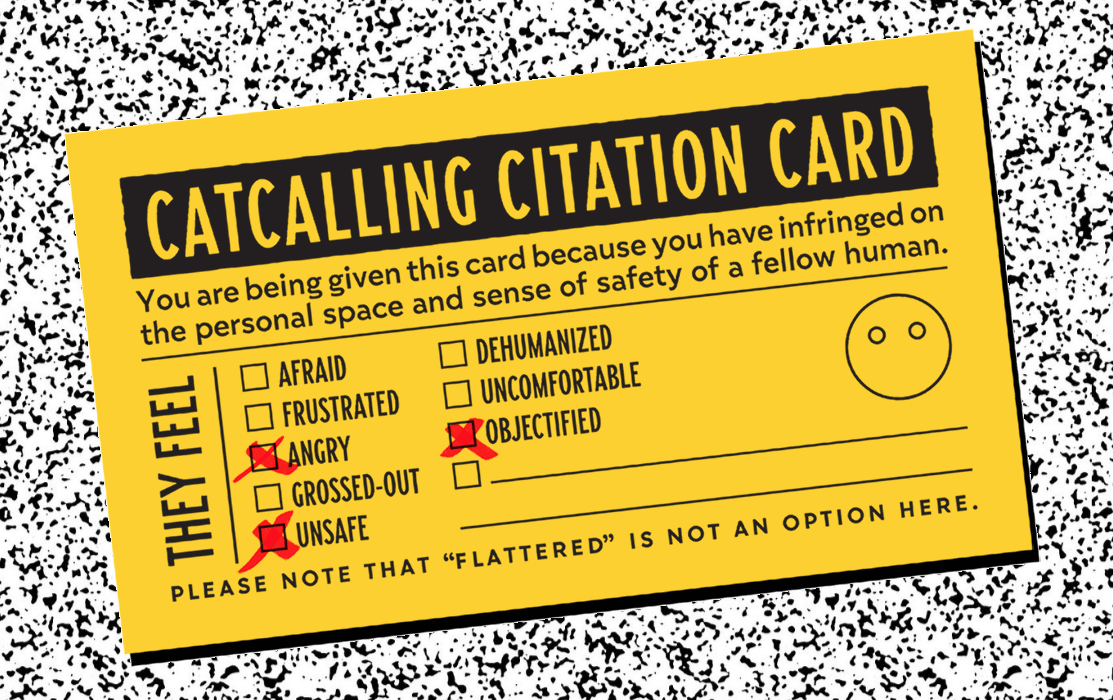 Sick of being harassed in public? Fill out this Catcalling Citation Card and hand it to that loser who's bugging you.

Here's the story behind the cards:

As a group of creatives and writers living and working in Brooklyn, we assembled to discuss the emotional and psychological toll involved with combatting harassers - and what to do about it. While we found that each of us employed different coping mechanisms ranging from screaming, to turning our camera lenses on intimidators, to attempts at fully ignoring the kissing noises and jeers, we all agreed on one thing: none of our reactions provided the satisfaction of communicating how catcalling makes us feel. After batting around a couple of ideas, Catcalling Citation Cards was born. Inspired in part by old school parking citations and in full by the opportunity to quickly convey information to our harassers, we packaged a straightforward, easy-to-digest design that gives users the ability to fill the cards out in advance, when they're in a comfortable, safe space and can more easily process the wide-ranging emotions associated with being catcalled. Best of all, you can hand one off without having to interrupt your day.

The cards are free to download at Got a Girl Crush.