Insult teacups for 'the lady who speaks her mind' 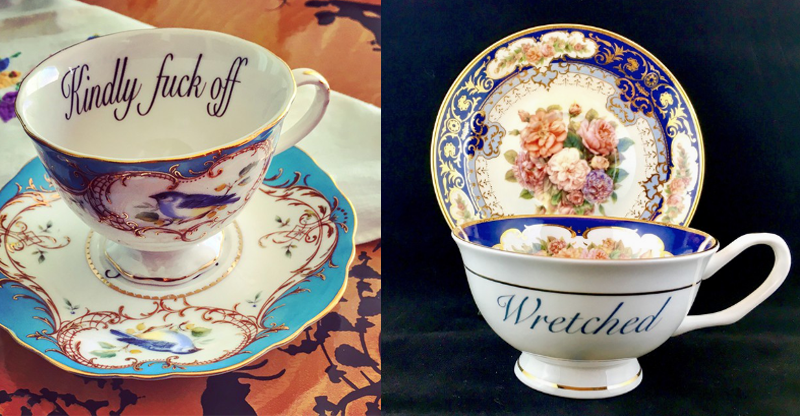 If not-so-subtly insulting guests is your cup of tea, then Miss Havisham's teacups are for you. Prices start at $60.