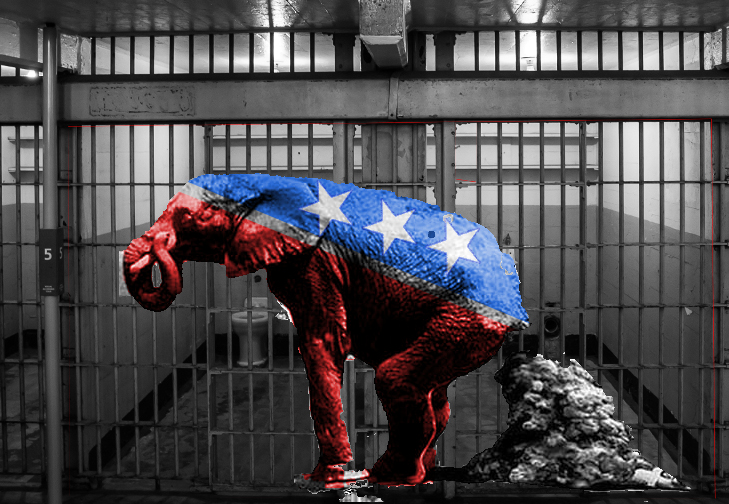 The new GOP tax plan slashes the taxes on real estate investment trusts (REITS) by a quarter, dropping the rate from 39.6% down to 29.6% -- a move that will put tens of millions of dollars in the pockets of investors in America's notorious private prisons.

Companies like Corecivic (formerly Corrections Corporation of America/CCA) and Geo Group are structured as REITS, a tax-dodge that has already made the companies millions -- Corecivic was able to lower its effective tax rate from 36% to 3% by restructuring as a REIT, and now that rate is going down by 25%.

Oregon Democratic senator Ron Wyden, a ranking member on the finance committee, has called the use of the reit structure by prisons “unfair” and “unjust”. In 2016, after being pressed by Enlace, he introduced legislation to end such practices. The bill was reintroduced this year but it has yet to make it out of committee and is not likely to do so any time soon.

A CoreCivic representative told the Guardian that, in their view, “there are far more pressing matters for Congress to pursue” than the reit tax classifications. The Geo Group added they are “treated exactly the same as other real estate investment trusts without any special tax treatments or loopholes.” The point that activists make, though, is that treating prisons as real estate is a loophole.