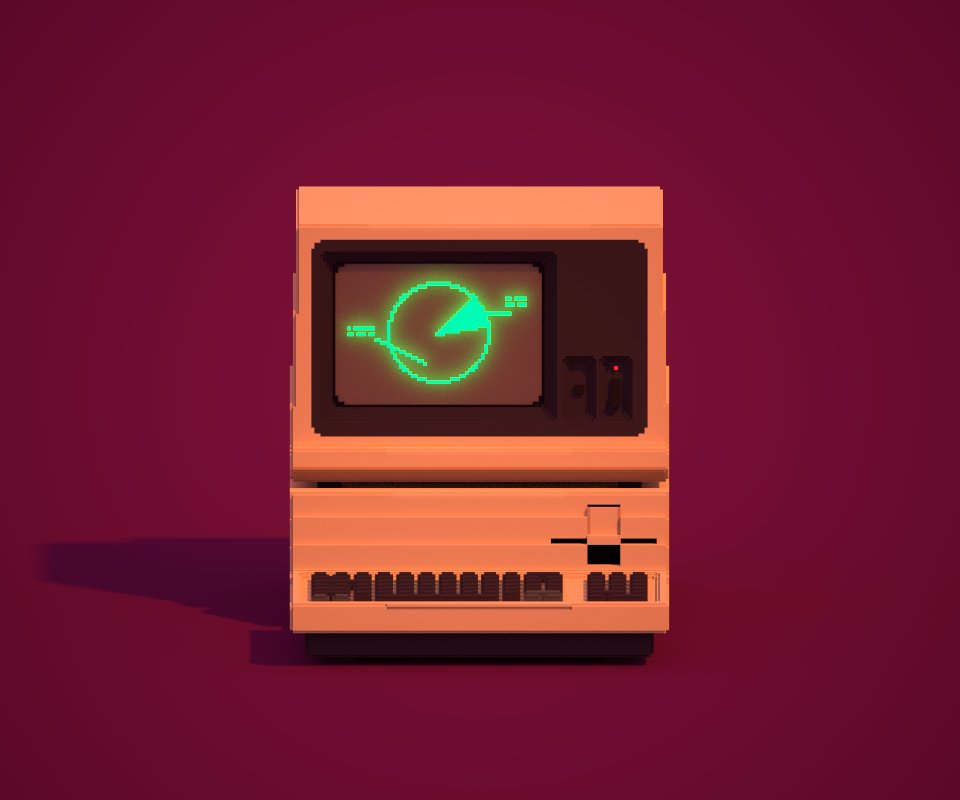 Ciara Burkett is making wonderful voxel computers and such; bookmark their Ello page for more. [via Jay Allen]

Above, an Apple ⫻. Here's a Compaq portable: