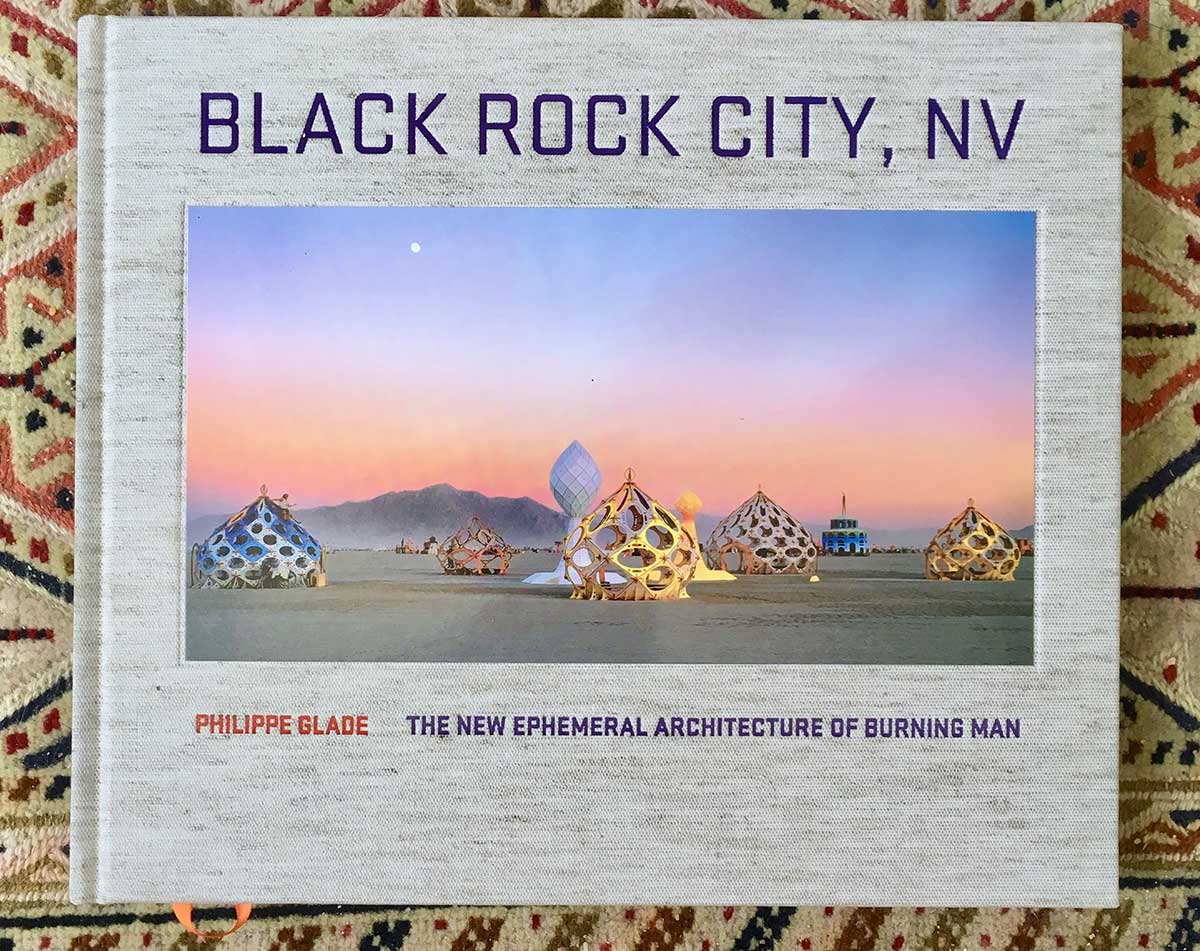 Photographer and 21-year playa veteran Phillippe Glade saved me about a grand for a ticket (plus expenses and brain damage) with this beautiful, cloth-covered photo book surveying the domestic and communal architecture of the annual temporary city of 60,000 souls in the Nevada desert.

I've been following Glade's blog for a few years, and bought his book, Black Rock City, NV The New Ephemeral Architecture of Burning Man ($40), because I live in the Southern California desert and have a more than casual interest in durable shade structures. However I was just as fascinated to learn about the urban planning of the city, with its fantasy-novel semi-circular grid of streets: [its designer] "Mr. Garrett was one of a short list of city planners who get to see their ideas realized in their lifetimes".

The book contains almost 200 photos spanning several years, with useful captions, interior shots of many structures and a handful of informative essays.

Glade writes about the most common types of personal shelter – tents, hexayurts, monkey huts, parachute shades, domes, etc – and discusses the pros and cons of each:

"...parachutes are tempting [but] they wear out quickly on even dull edges and balloon with the slightest breeze [...] they exert tremendous wind pressure on the structures and trap heat without any UV protection".

Glade contends that the harsh conditions of the Playa have created a "vernacular architecture that rejuvenates the world of camping" and is relevant to those designing emergency shelter.

Despite favourable reviews in Wallpaper, Architectural Digest and Wired, only around 300 copies have sold. Glade is soon closing up shop and leaving the county, so get yours while you can.

This book would make a great gift for those interested in architecture, urban design, desert living, emergency shelter and/or Burning Man.