Trump just boasted of selling 'F52' aircraft to Norway. The fighter jet only exists in 'Call of Duty' 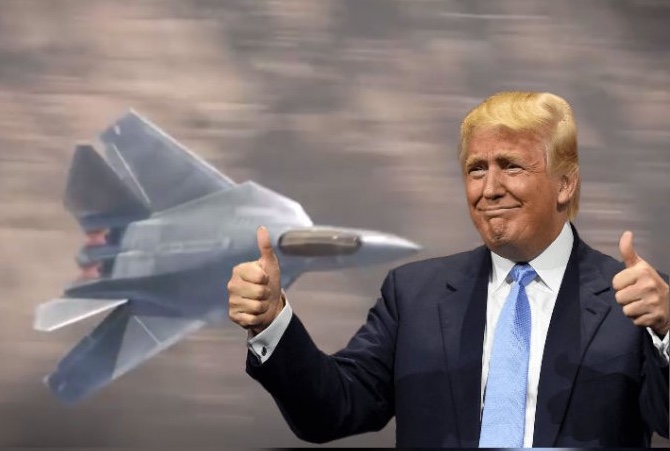 Donald Trump today boasted of the United States' sale of 'F52' aircraft to Norway. They don't exist, other than elements in the popular video game 'Call of Duty.'

In a joint press conference Wednesday with Erna Solberg, Prime Minister of Norway, Trump said the US was selling Norway a fighter aircraft that is literally a thing of fiction.

The President of the United States said Norway had already begin receiving deliveries of the first American-made “F-52s.”

​“In November, we started delivering the first F-52s and F-35 fighter jets,” he blurted.


The F-52 is a fictional aircraft featured prominently in the successful Call of Duty video game series. This fan website details the craft's capabilities, which are admittedly most impressive.

“Trump was supposed to be speaking at the White House to announce Norway's purchase of 52 F-35 jets from American aerospace firm Lockheed Martin,” according to reports.

“We have a total of 52 and they’ve delivered a number of them already, a little ahead of schedule,” Mr Trump said on Wednesday, adding “it’s a $10 billion order.”

Norway received the first three F-35 fighter jets in November as part of efforts to increase the strength of its air force.

Below, a view of the cockpit from COD gameplay.

Trump just blurted out the US had sold F-52’s to Norway.

F-52s. An aircraft so secret, even the military hasn’t heard of it.

I, however, was able to secure this highly classified image.

Today we were introduced to the Prime Minister of #Normay

Then we find out Trump sold them a bunch of #F52 fighters. That's genius. Surely the work of the #StableGenius#TheKakistocracy #SorryWorld pic.twitter.com/sT1ZQKSOkT

call of duty / i literally can't even / picks / trump