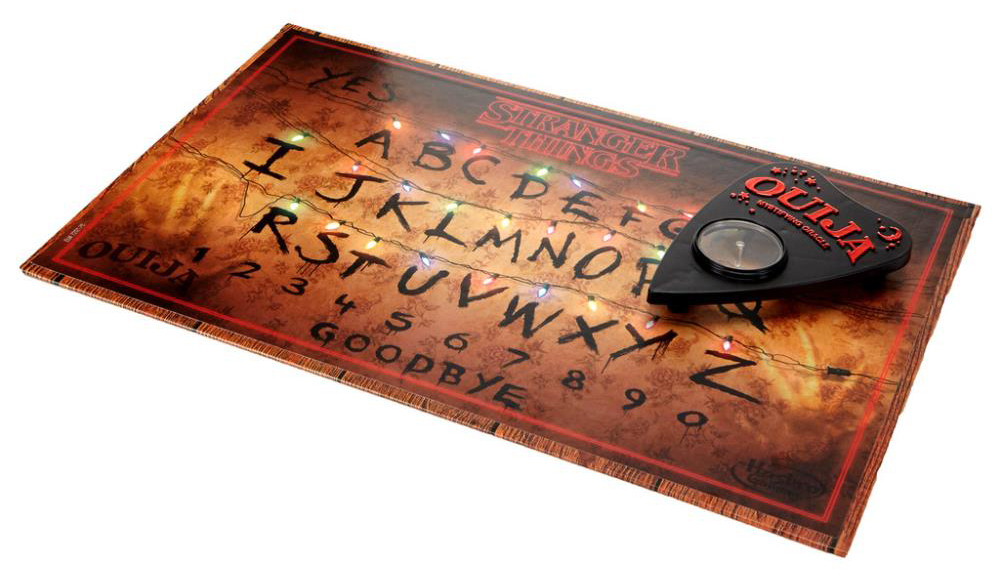 Talking to the dead has never been easier or more closely tied to a hit TV show than with this Stranger Things Ouija board. Its letters match the makeshift wall alphabet-lights that Joyce made to communicate with her son (who was in the "upside down," not dead) in season one.

"From Russia with love…"

A couple years ago, my son was watching an an online live chat with Gaten Matarazzo and asked the Stranger Things star if he digs Green Day. Matarazzo answered with an enthusiastic hell yes. Today is the release of Green Day's new album Father Of All Motherfuckers and whaddaya know, the first video, for the […]

Given that by the time we see a new season of Stranger Things the kids will probably be in college, this will have to do! That's ok because, as Steve Harrington says, "Hair is here!" In this week's episode, Mike investigates a crime, while Nancy wonders about the gift Steve gave her.