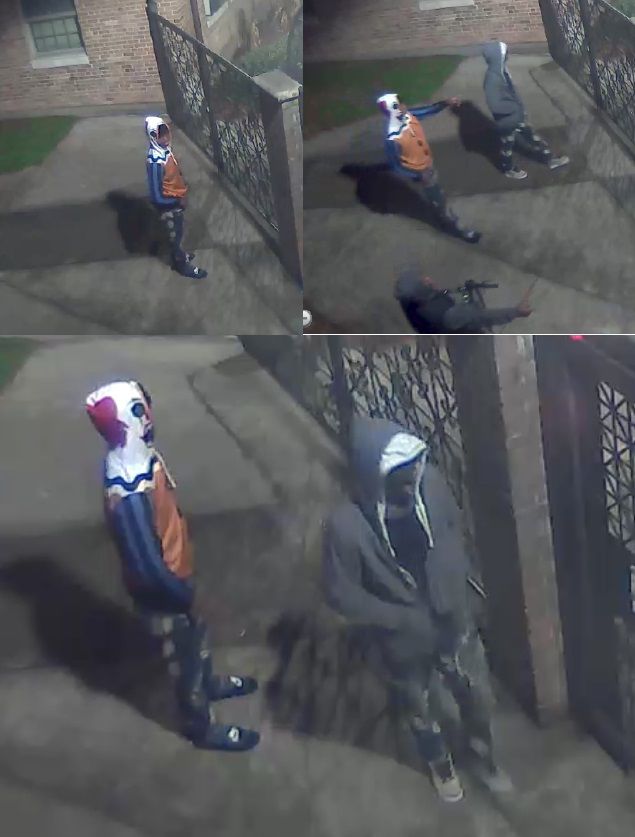 The Advocate reports that three suspects are being sought after a robbery in Baton Rouge, one of them dressed in a clown hood: "Ernie Ballard III, a spokesman for the university, said three men robbed a student of an iPhone outside of the dorm building before fleeing the area.He said no one was injured."