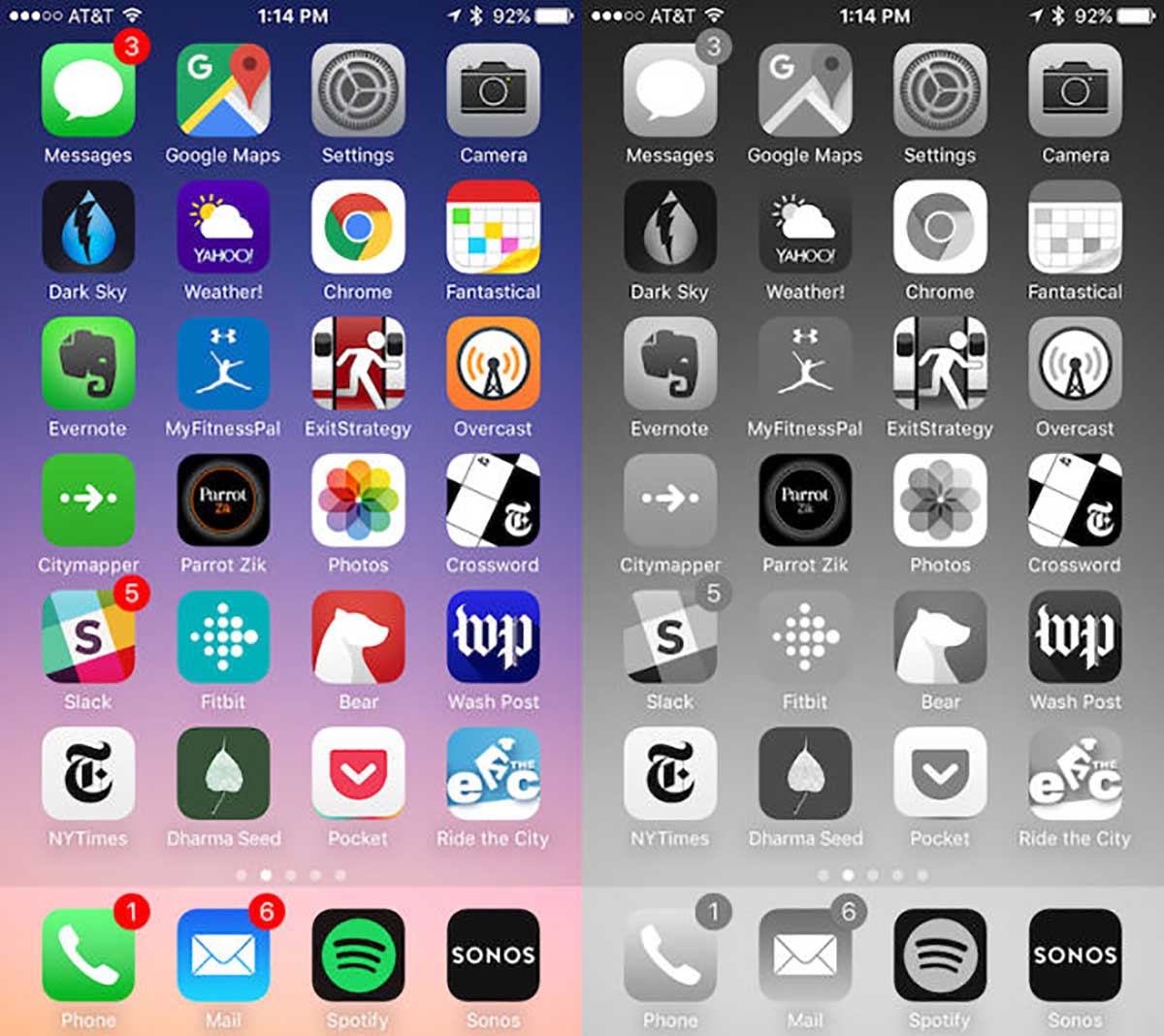 Tristan Harris a former "design ethicist" at Google, says today's candy colored interfaces are addictive. One way to make your phone less appealing, it to make the display grayscale.

Most of the time, you check your phone and there’s nothing interesting—no notifications, just the same old apps staring back at you. But sometimes checking your phone is rewarding —you get an amusing text, a flurry of likes, an email containing good news. This hit is satisfactory enough to keep you returning, checking your phone compulsively for another dopamine jolt.

To combat phone addiction, Harris suggests enabling grayscale on your phone. It might not cure your addiction completely, but certainly Instagram and Snapchat are going to be a lot less appealing in black and white than they are in technicolor.

'an interface you want to lick / News / picks