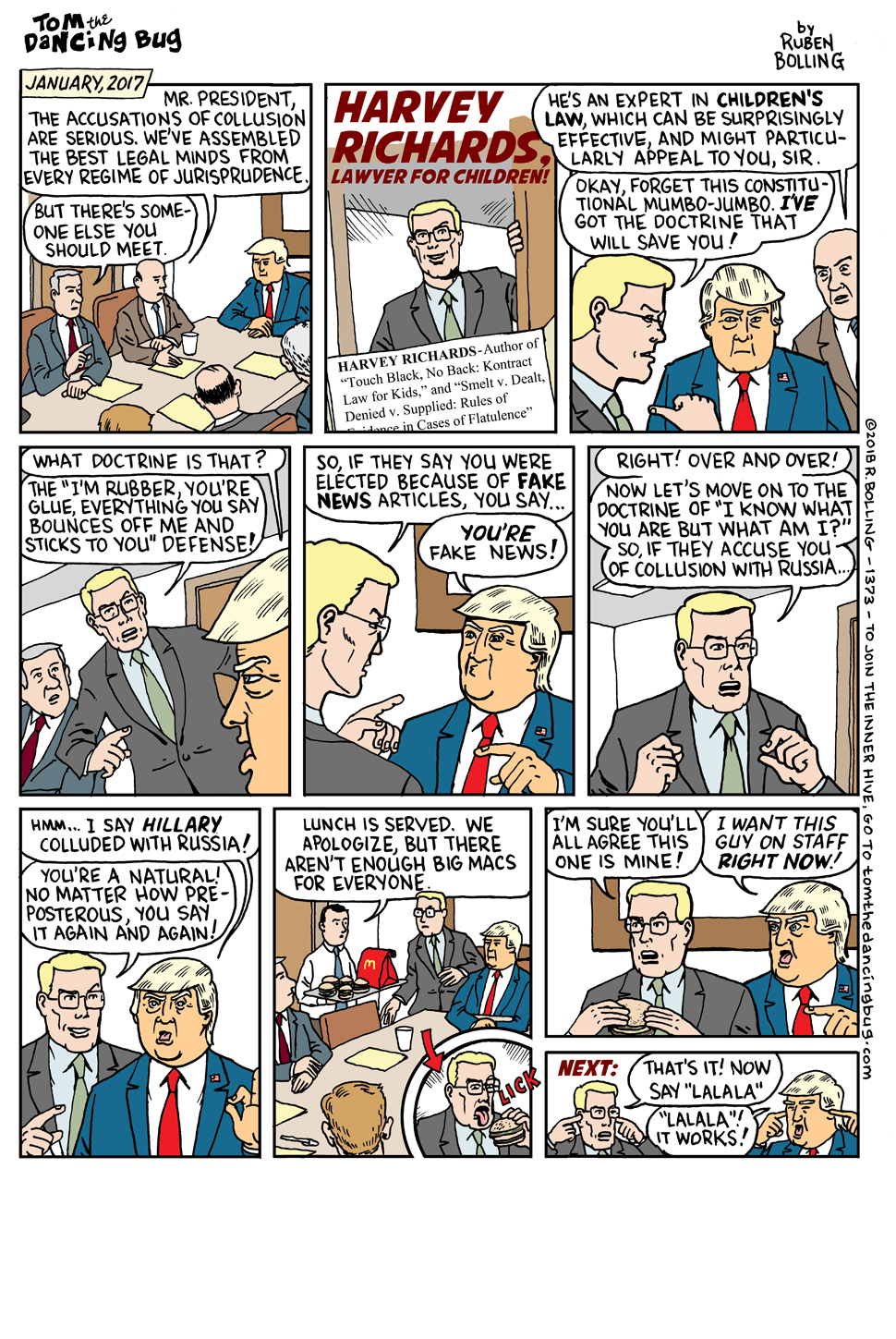 Tom the Dancing Bug, IN WHICH Donald Trump gets a new lawyer to match his temperament and mindset: Harvey Richards, Lawyer for Children!

IF you like Tom the Dancing Bug, be part of the team that makes it happen: INNER HIVE! Join for exclusive early access to comics, extra comics, commentary, and much more.